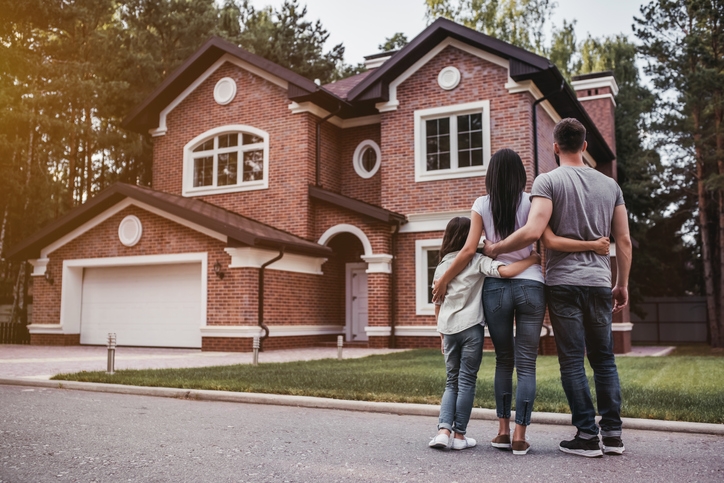 The long-standing view that homeownership is the “American Dream” is still standing, according to the newly published results of First National Bank of Omaha’s 2019 State of Homeownership Survey.
The survey of 1,086 participants found 79 percent of respondents identifying homeownership as part of the “American Dream,” with 59 percent considering homeownership essential to raising a family and 71 percent stating homeownership was more of a financial investment than as a financial liability. Ninety-four percent of respondents who are homeowners said are happy they decided to become a homeowner and 79 percent of non-homeowner respondents said they planned to own a home one day.
However, that’s not to say that there are some concerns attached to being a homeowner. Sixty-eight percent of homeowner respondents said they carry mortgage debt and 53 percent admitted that homeownership and maintenance was more expensive than they expected. Fifty-five percent non-homeowners who wanted to own a home expressed concerned that their credit will prevent them from being approved for a mortgage.
“While owning a home certainly carries significant costs, the tradition of homeownership remains overall strong and a vital part of America,” said Jerry O’Flanagan, executive vice president of the consumer banking group at First National Bank of Omaha. “Our survey reveals insight on the extent to which Americans value homeownership and the extent to which homeowners are happy with their decision. The caveat, however, is that owning a home requires a lot of smart planning and weighing of financial options.”
Link copied
Published
Jun 18, 2019
Coming Up See All
Aug
11
California Mortgage Expo — San Diego
San Diego, CA
Aug
11
SMS Marketing 101
Webinar
2:00 PM ET
Aug
18
Maximum Acceleration
Las Vegas, NV
Get the Daily
Advertisement
Advertisement
Industry News
Class Action Lawsuit Filed Against Equifax Over Glitch