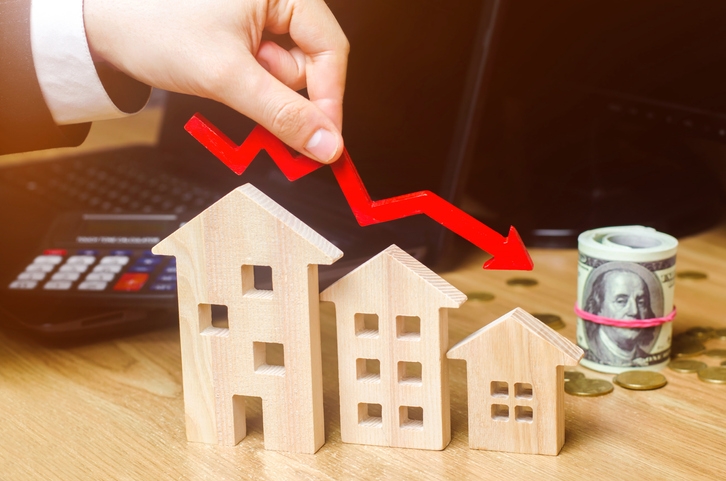 Contrary to the Rodgers and Hammerstein song, June was not busting out all over when it came to home sales, according to the latest RE/MAX National Housing Report.
Of the 54 metro areas surveyed by RE/MAX in June, the overall average number of home sales was down 4.7 percent from May and down 7.8 percent from to June 2018. Three New England metro areas had the strongest month-over-month sales percentage increases: Burlington, Vt. (21.8 percent), Boston (13.4 percent) and Hartford, Conn. (13.1 percent).
But while sales dropped, RE/MAX reported the median sales price for June was $276,000, an all-time high in the 10-year history of the report. Three metro areas increased year-over-year by double-digit percentages–Boise, Idaho (10.7 percent); Albuquerque, N.M. (10.4 percent); and Philadelphia (10 percent)–while San Francisco and Hartford were only markets with a year-over-year decline at two percent and 0.1 percent, respectively. RE/MAX also reported the number of days on the market in June was 44 while the supply of inventory was 2.8 months.
"Record prices appear to have kept June sales figures from topping a strong May," said RE/MAX CEO Adam Contos. "Nevertheless, there are indications, including the return of very favorable mortgage rates, that the pace could pick up in July. Several encouraging longer-term trends—ongoing demand, improving inventory levels, low interest rates—are helping the market make incremental progress on multiple fronts. But supply remains a concern, so we need more homes to be built."
Link copied
Published
Jul 18, 2019
Coming Up See All
Aug
18
Maximum Acceleration
Las Vegas, NV
Aug
19
Originator Connect
Las Vegas, NV
Aug
19
Non-QM Summit
Las Vegas, NV
Get the Daily
Advertisement
Advertisement
Industry News
Blend Labs Has Cut 420 Jobs Since April