Housing Starts on the Rise – NMP Skip to main content

Housing Starts on the Rise 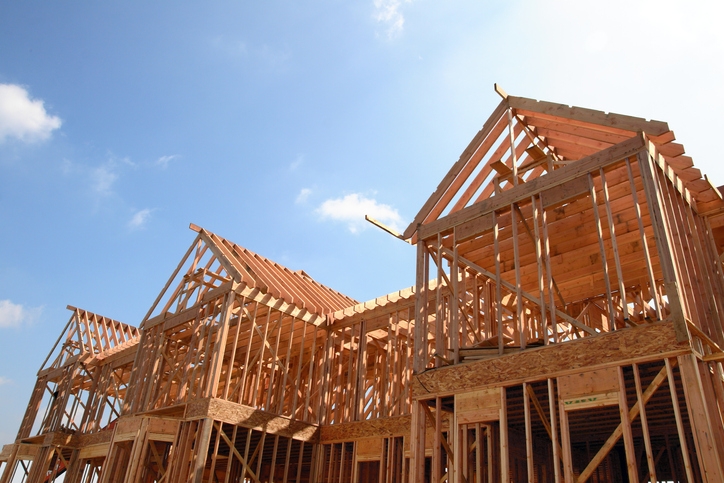 Single-family housing starts were at a rate of 938,000 during November, according to new data from the U.S. Census Bureau and the U.S. Department of Housing & Urban Development (HUD). This represents a 2.4 percent increase from the revised October figure of 916,000.
Privately-owned housing starts in November were at a seasonally-adjusted annual rate of 1,365,000, which is 3.2 percent above the revised October estimate of 1,323,000 and 13.6 percent above the November 2018 rate of 1,202,000.
Single-family authorizations in November were at a rate of 918,000, up by 0.8 percent from the revised October figure of 911,000. Privately-owned housing units authorized by building permits in November were at a seasonally adjusted annual rate of 1,482,000, which 1.4 percent above the revised October rate of 1,461,000 and is 11.1 percent above the November 2018 rate of 1,334,000. Permits for future home construction reached a 12.5-year high last month.
Single-family housing completions in November were at a rate of 883,000, down 3.6 percent from the revised October rate of 916,000. Privately-owned housing completions in November were at a seasonally-adjusted annual rate of 1,188,000, which is 6.6 percent below the revised October estimate of 1,272,000 but is also 7.3 percent above the November 2018 rate of 1,107,000.
Industry reaction to the new data was mostly enthusiastic.
“Homebuilders are clearly responding to the strong economy with this second straight month of construction growth,” said Bill Banfield, Quicken Loans executive vice president of capital markets. “With great jobs numbers in November, and consumer sentiment holding at a 10-year high, a hefty housing supply will be needed to match increasing consumer demand as we approach the Spring and Summer buying season.”
Mortgage Bankers Association (MBA) Senior Vice President and Chief Economist Mike Fratantoni commented: “The robust growth in home construction highlighted in the November data is quite welcome. For the last few years, the lack of inventory has constrained the pace of home sales and increased the rate of home-price growth, leading to affordability challenges across the country. November’s strong monthly and annual gains indicate that potential homebuyers next year will have more properties to choose from.”
Odeta Kushi, deputy chief economist for First American, said: “Single-family homebuilding, which accounts for the largest share of new construction in the housing market, increased to its highest level since January. Even better is the single-family permits data, at 918,000, reached its highest point been since July 2007. Permits are a leading indicator of future starts, so this is another nod to the expected strength of demand in 2020.”
National Association of Home Builders (NAHB) Chief Economist Robert Dietz noted: “Since the rebound in housing took hold earlier this year, single-family starts have posted a steady improvement in the pace of construction. Under the current estimates, the 2019 year-to-date total for single-family construction is just 0.4 percent lower than the 2018 sum and is on pace to come in relatively flat for the year.”
Realtor.com Senior Economist George Ratiu said: “Home builder sentiment reached a 20-year high in December, boosted by rising buyer traffic and sales of new houses. The upbeat mood was mirrored in rising construction activity, with permits and starts advancing from a year ago. Starts rose 13.6 percent from a year ago, to 1.37 million annualized units. Completed homes totaled 1.19 million, down 6.6 percent from October, but 7.3 percent higher than a year ago, boosted by gains in the South and West. With mortgage rates still below 4.0 percent, shoppers kept open houses busy, looking for a new home. Market activity led to inventory declining across all price ranges, as favorable affordability led buyers to stretch into higher segments.”
However, Raitu also noted that the “supply of new homes at affordable prices remains a gaping hole in the housing market.” Lawrence Yun, Chief Economist at the National Association of Realtors (NAR), also pointed out inventory concerns as the dark cloud in this sunny data picture.
"The latest housing starts numbers are good and rising, but still short by 135,000 compared to the long-term average—and well short of the five to six million that is now needed to fully end the housing shortage,” said Yun. “More home construction appears to be on the way as we move into 2020, as reflected in the very high confidence of home builders. They are clearly recognizing an improved business opportunity. Some innovation in the industry is required as construction workers are hard to obtain in the current tight job market conditions. Modular factory-produced aspects need to be considered more intently to boost productivity. Overall, more construction will mean more housing inventory to choose from for consumers. Home sales can then easily rise while taming the fast growth in home prices.”
Link copied
Published
Dec 17, 2019
Coming Up See All
Aug
18
Maximum Acceleration
Las Vegas, NV
Aug
19
Originator Connect
Las Vegas, NV
Aug
19
Non-QM Summit
Las Vegas, NV
Get the Daily
Advertisement
Advertisement
Analysis and Data
Mortgage Fraud Risk Down Quarter Over Quarter