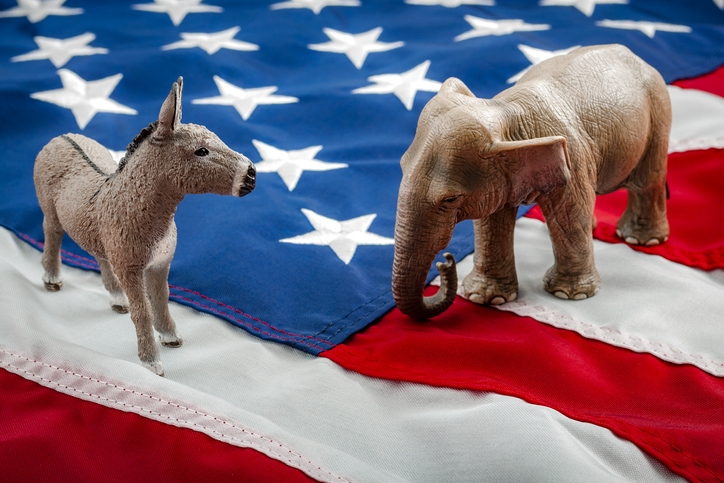 When it comes to home price appreciation, it appears that states carrying a red political hue enjoy a higher level of home price appreciation than those considered to be blue states.
According to study from Veros Real Estate Solutions, home prices in the nation’s largest 100 markets are projected to rise by 3.9 percent by the end of this year. However, Veros also detected a significant gap in prices between red states and blue states, with the red states projecting a 4.6 percent rise in prices by year’s end and blue states projecting only a 3.5 percent uptick.
Furthermore, Veros said 20 of the top 25 states with the greatest level of projected home price appreciation were red or red-leaning states, most notably Idaho (9.30 percent), Arizona (7.20 percent) and Utah (6.20 percent). Fifteen of the bottom 26 states, including the District of Columbia, were blue or blue-leaning states, most notably Illinois (0.70 percent), Connecticut (1.00 percent) and a tie between New York and Hawaii (each at 2.20 percent).
“For years, we saw states with high population centers like California and New York dominating home price escalation,” said Eric Fox, Veros vice president of Statistical and Economic Modeling. “We are now seeing states like Idaho and Arizona leading the way. Outmigration from the coasts to the interior of the nation is undeniable.”