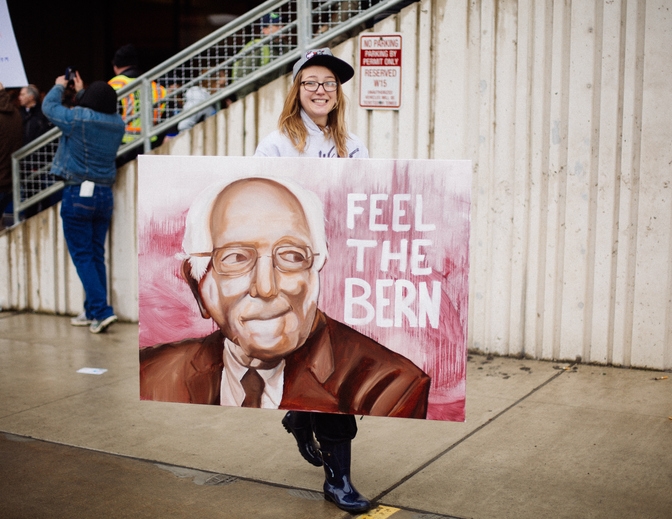 Sen. Bernie Sanders’ ascendancy to the frontrunner status in the race for the Democratic Party’s presidential nomination has brought about a tag-team challenge to the Vermont legislator from previous and current leadership at Goldman Sachs.
On Tuesday night, former Goldman Sachs CEO Lloyd Blankfein responded to Sanders’ victory in the New Hampshire by going on Twitter with a sour comment about the self-proclaimed democratic socialist.
“If Dems go on to nominate Sanders, the Russians will have to reconsider who to work for to best screw up the US,” he tweeted. “Sanders is just as polarizing as Trump AND he’ll ruin our economy and doesn’t care about our military. If I’m Russian, I go with Sanders this time around.”
Blankfein’s tweet set off a flurry of responses from other Twitter users, led by conservative commentators Mike Cernovich and Jonathan T. Gilliam, reminding Blankfein of the federal government’s bailout of his company in 2008 and his 2016 advocacy of Hillary Clinton’s presidential bid. This morning, Blankfein’s successor, David Solomon, went on CNBC to do damage control, albeit with a suggestion that Sanders’ campaign promises would come to nothing if he was elected.
“The markets at the moment don't care about any of this, because it's too early,” he said. “There's also a huge difference between campaigning platforms and rhetoric and then ultimately getting elected, becoming president and having the right mix of who is in Congress and the Senate to actually create legislation.”
As for Blankfein’s comments, Solomon quipped, “That was Lloyd being Lloyd.”
Link copied
Coming Up See All
Jun
22
Chicago Mortgage Originators Expo
Countryside, IL
Jul
06
Ultimate Mortgage Expo
New Orleans, LA
Jul
13
Carolinas Connect Mortgage Expo
Charlotte, NC
Get the Daily
Advertisement
Advertisement
Community
MBA Endorses Black Homeownership Collaborative Plan To Significantly Increase Black Homeownership By 2030