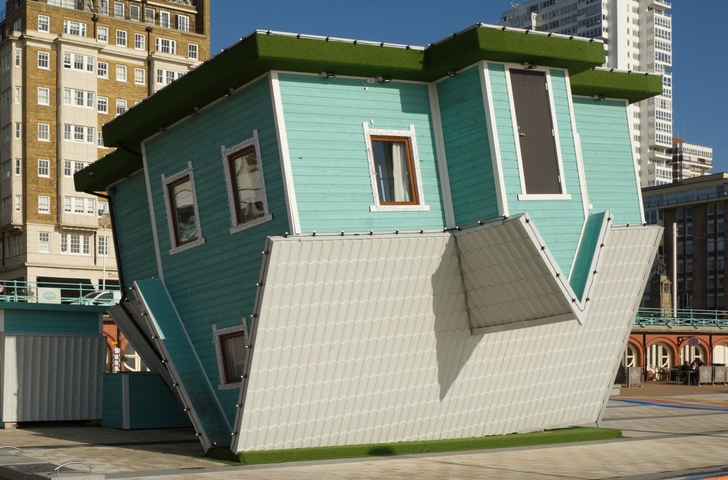 ATTOM Data Solutions has released its year-end 2019 U.S. Home Flipping Report, which shows that 245,864 single family homes and condos in the United States were flipped in 2019, up two percent from 2018 to the highest point since 2006. The number of homes flipped in 2019 represented 6.2 percent of all home sales in the nation during the year, an eight-year high. That was up from 5.8 percent of all home sales in 2018 and from 5.7 percent in 2017.
While flipping activity rose, profit margins continued dropping. Homes flipped in 2019 typically generated a profit of $62,900 nationwide (the difference between the median sales price and the median paid by investors), down 3.2 percent from $65,000 in 2018 year and six percent from the post-recession peak of $66,899 in 2017.
The typical gross flipping profit of $62,900 translated into a 40.6 percent return on investment compared to the original acquisition price. That was down from a 45.8 percent gross flipping ROI in 2018 and down from 51.4 percent ROI in 2017. The latest typical return on home flips stood at the lowest point since 2011.
“Home-flipping profits across the U.S. dropped again in 2019 as the business of buying and selling houses absorbed its worst year since the housing market was mired in the fallout from the Great Recession. This happened as the cost of buying properties continued to rise faster than gains on resale,” said Todd Teta, chief product officer at ATTOM Data Solutions. “That’s not to say that the home-flipping industry is tanking or losing its allure for investors because home flipping rates are higher than they’ve been in eight years. But profits did continue to decline again for investors.”
Home flips as a portion of all home sales increased from 2018-2019 in 122 of the 190 metropolitan statistical areas analyzed in the report (64.2 percent). The largest annual increases in the home flipping rate came in Laredo, Texas (up 103.5 percent); Raleigh, N.C. (up 59.8 percent); Charlotte, N.C. (up 44.1 percent); Fort Smith, Ark. (up 43.2 percent); and Columbus, Ga. (up 40.5 percent). Metro areas qualified for the report if they had a population of at least 200,000 and at least 100 home flips in 2019.
Home flippers who sold homes in 2019 took an average of 178 days to complete the flips, down slightly from an average of 179 days for homes flipped in 2018. Of the 245,864 U.S. homes flipped in 2019, 14.4 percent were sold to buyers using a loan backed by the Federal Housing Administration (FHA), up from 13.1 percent in 2018, but down from 16.2 percent in 2017. 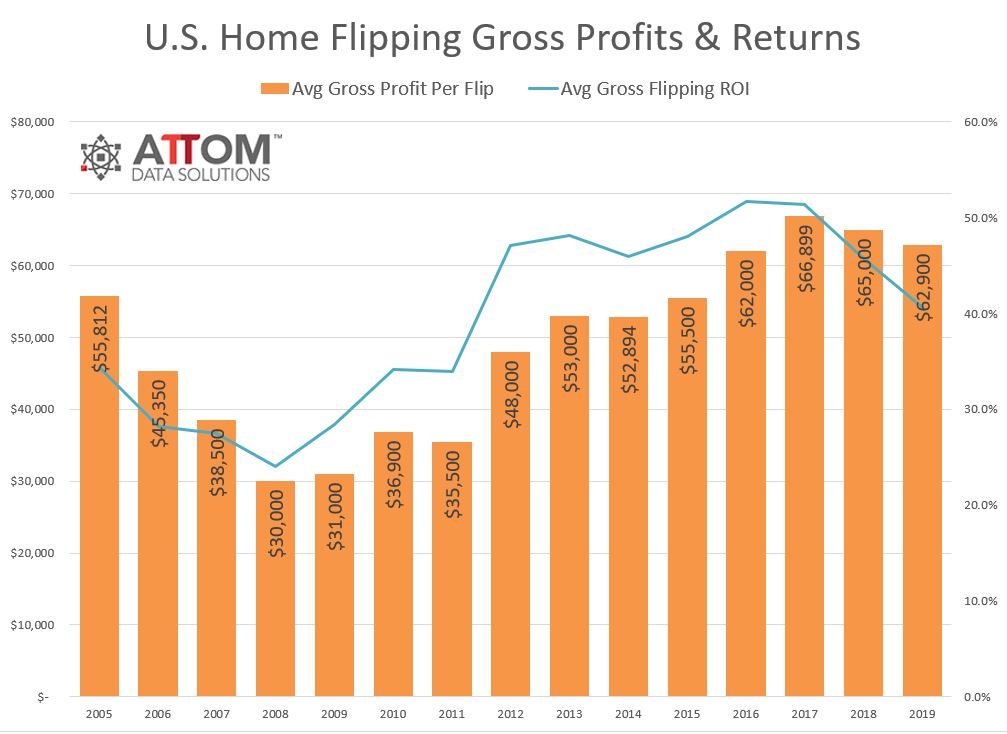