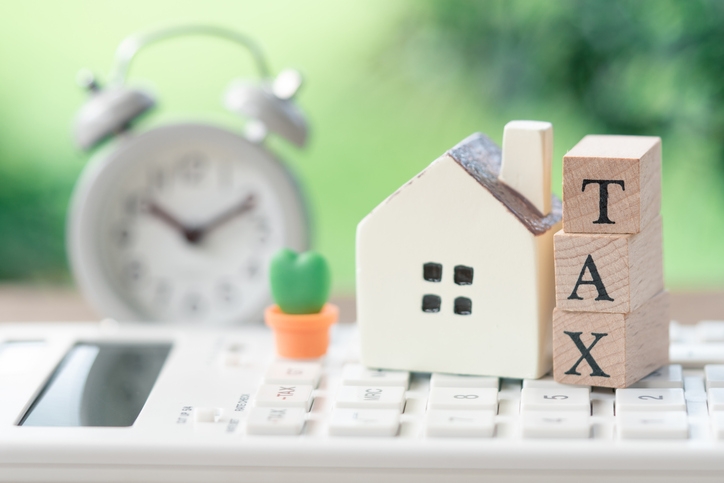 ATTOM Data Solutions has released its 2019 property tax analysis for more than 86 million U.S. single family homes, which shows that property taxes levied on single family homes in 2019 totaled $306.4 billion, up one percent from $304.6 billion in 2018 and an average tax amount of $3,561 per home—an effective tax rate of 1.14 percent.
The average property taxes of $3,561 for a single-family home in 2019 was up two percent from the average property tax of $3,498 in 2018, and the effective property tax rate of 1.14 percent in 2019 was down from the effective property tax rate of 1.16 percent in 2018.
The report analyzed property tax data collected from county tax assessor offices nationwide at the state, metro and county levels along with estimated market values of single-family homes calculated using an automated valuation model (AVM). The effective tax rate was the average annual property tax expressed as a percentage of the average estimated market value of homes in each geographic area.
“Property taxes levied on homeowners rose again in 2019 across most of the country. But the nationwide increase was the smallest in the last three years, a sign that cities, towns and counties are taking stronger steps to clamp down on how much they hit up property owners to support schools and local government services.” said Todd Teta, chief product officer for ATTOM Data Solutions. “Without major changes in the way local government and educational systems are funded, demands for good schools and other services will continue to put upward pressure on property taxes. But on balance, 2019 was a relatively mild year for taxpayers around the nation.”
States with the highest effective property tax rates were Illinois (2.22 percent), New Jersey (2.19 percent), Texas (2.11 percent), Vermont (2.11 percent), and Connecticut (2.04 percent). Other states in the top 10 for highest effective property tax rates were New Hampshire (1.93 percent), New York (1.87 percent), Pennsylvania (1.75 percent), Ohio (1.68 percent), and Nebraska (1.57 percent).
Link copied
Published
Apr 14, 2020
Coming Up See All
Jan
26
Mortgage Leadership Outlook: Karl Jacob
Facebook Live
•
1:00 PM PT
Jan
27
Making Money in Non-QM
Webinar
1:00 PM ET
Feb
08
Texas Mortgage Roundup — Austin
Austin, TX
Get the Daily
Advertisement
Advertisement
Analysis and Data
MBA Reports Drop In Refinances And Jump In Purchase Applications