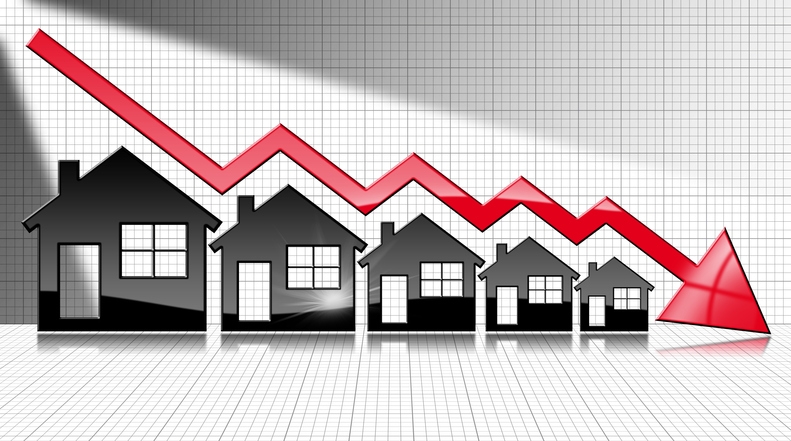 According to the National Association of Realtors, existing-home sales dropped in April, extending a two-month skid in sales brought on by COVID-19, as each of the four major regions experienced a decline in month-over-month and year-over-year sales, with the West seeing the greatest dip in both categories.
Total existing-home sales dropped 17.8% from March, to a seasonally-adjusted annual rate of 4.33 million in April. Overall, sales decreased year-over-year, down 17.2% from a year ago (5.23 million in April 2019). April’s existing-home sales totals represent the lowest level of sales since July 2010 (3.45 million) and the largest month-over-month drop since July 2010 (-22.5%). 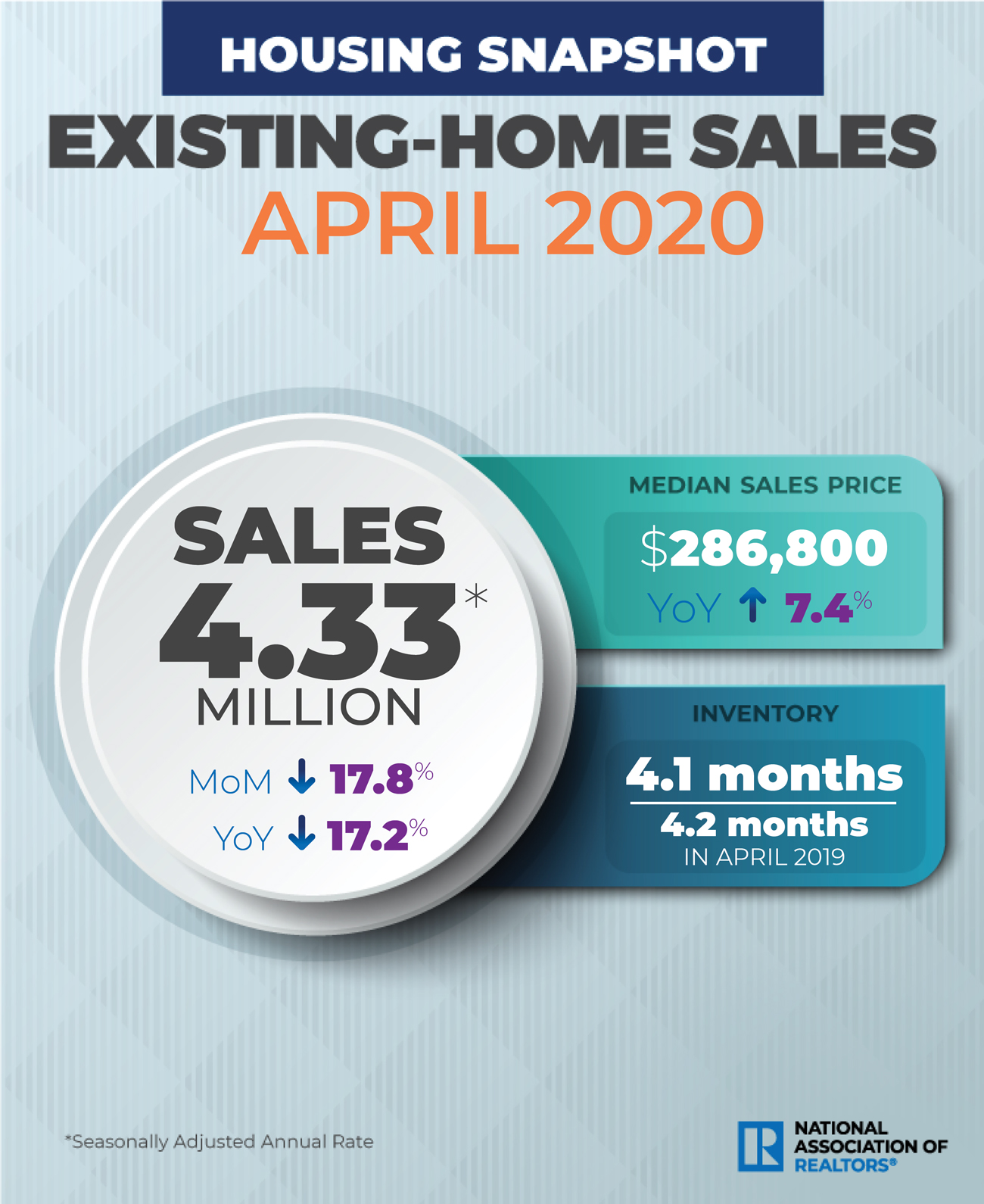 “The economic lockdowns–occurring from mid-March through April in most states–have temporarily disrupted home sales,” said Lawrence Yun, NAR’s chief economist. “But the listings that are on the market are still attracting buyers and boosting home prices.”
The median existing-home price for all housing types in April was $286,800, up 7.4% from April 2019 ($267,000), as prices increased in every region. April’s national price increase marks 98 straight months of year-over-year gains. Median home prices in each U.S. region grew from one year ago, with the Northeast and Midwest regions showing the strongest price gains.
April 2020 existing-home sales in the Northeast fell 16.9%, recording an annual rate of 540,000, an 18.2% decrease from a year ago. The median price in the Northeast was $312,500, up 8.7% from April 2019. Existing-home sales decreased 12% in the Midwest to an annual rate of 1.10 million, down 8.3% from a year ago. The median price in the Midwest was $229,200, a 9.3% increase from April 2019. Existing-home sales in the South dropped 17.9% to an annual rate of 1.88 million in April, down 16.8% from the same time one year ago. The median price in the South was $249,400, a 6.4% increase from a year ago. Sales in the Western region fell 25% to an annual rate of 810,000 in April, a 27% decline from a year ago. The median price in the West was $419,300, up 6.1% from April 2019.
“Record-low mortgage rates are likely to remain in place for the rest of the year, and will be the key factor driving housing demand as state economies steadily reopen,” Yun said. “Still, more listings and increased home construction will be needed to tame price growth.”
Total housing inventory at the end of April totaled 1.47 million units, down 1.3% from March, and down 19.7% from one year ago (1.83 million). Unsold inventory sits at a 4.1-month supply at the current sales pace, up from 3.4-months in March and down from the 4.2-month figure recorded in April 2019.
“April’s bleak data highlights both sellers pulling their listings off the market and buyers delaying purchase decisions during these challenging economic times. The number of homes for sale on the market fell to a record-low, which drove the median sales price up over 7%," commented Joel Kan, AVP of economic and industry forecasting for the Mortgage Bankers Association. “With many states around the country now gradually reopening, the five-week rebound in purchase applications reported in MBA’s Weekly Applications Survey may be an indicator that April is the low point for home sales. Activity may start to stabilize and move upward over the next few months.”
Link copied
Published
May 21, 2020
Coming Up See All
Jan
26
Mortgage Leadership Outlook: Karl Jacob
Facebook Live
•
1:00 PM PT
Jan
27
Making Money in Non-QM
Webinar
1:00 PM ET
Feb
08
Texas Mortgage Roundup — Austin
Austin, TX
Get the Daily
Advertisement
Advertisement
Analysis and Data
Housing Bubble? Buyers Say Yes, Economist Says No