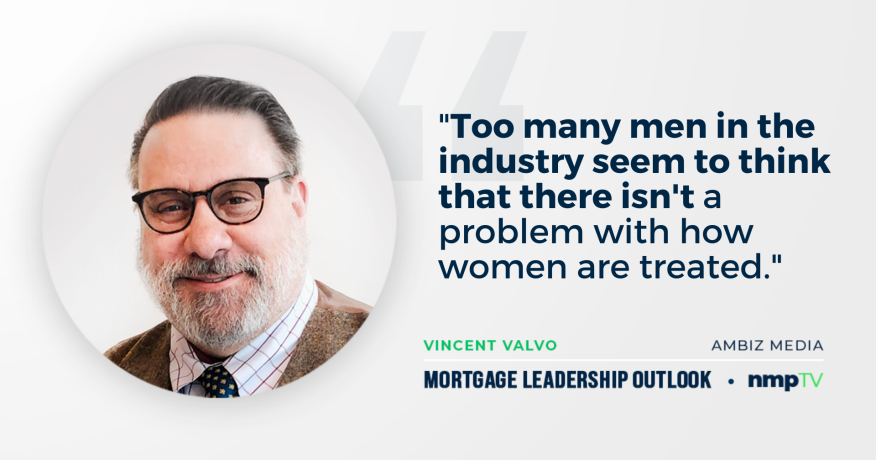 Valvo has over two decades of experience in the financial reporting industry, working as an editor, publisher and editor-in-chief for several publications including Banker and Tradesman, Hartford Business Journal, National Mortgage Professional and more. He created the largest network of mortgage professionals, the Originator Connect Network, which also hosts more than 22 networking and educational events across the nation.

In his interview with Berman, Valvo spoke about the cover story of NMP, an analysis piece on AIME chairman Anthony Casa, who is facing a defamation lawsuit from Theresa Neimic the wife of Quicken Loans executive vice president Austin Neimic, over a series of videos and text messages containing lewd and at times pornographic references.

Check out the full interview between Valvo and Berman below.