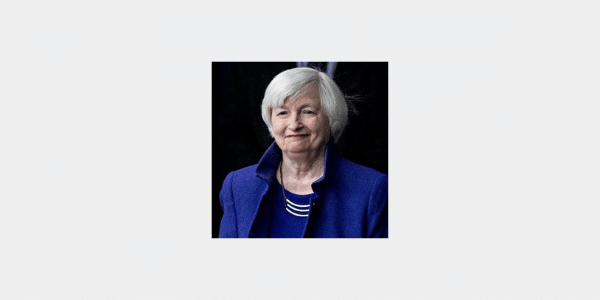 The prediction was made on the day of Joe Biden’s inauguration as the 46th President of the United States and follows Yellen’s testimony in Congress ahead of her expected appointment.

“Today’s political pageantry in Washington represents the dawning of an era of renewed certainty, stability and the return to established norms, all of which the markets approve," said Green. “However, despite the inauguration pomp and ceremony at the Capitol, investors’ focus is now already on Janet Yellen, who will take over from Steve Mnuchin as U.S. Treasury Secretary.”

“In her testimony in Congress on Tuesday, the former Federal Reserve Chair called on lawmakers to ‘act big’ on coronavirus stimulus especially with interest rates being at historic lows. At the Fed she continually made the case for full employment, meaning we know already, her track record proves that she is prepared to spend. With Yellen in charge and with an economy that needs a shot in the arm, I think we can expect massive spending combined with continued ultra-low interest rates for years. This will act as a catalyst for stock markets.”

According to a press release, following Yellen's testimony in Congress, the U.S. dollar dipped lower as investors moved away from safe-haven assets, such as the U.S. currency, and more towards stocks, indicating more confidence in the markets.

“Investors should ride the Biden bounce in the markets – but do so judiciously,” added Green. “Yellen has indicated that she will do whatever is necessary to get the economy going again. We can expect considerable government spending under the Biden administration and ultra-low interest rates to be maintained by the Fed. There will be peaks and troughs as always, but with these policies and greater stability in the White House, I believe, we could see markets produce even higher highs in 2021 than in 2020.”

Click here to learn more about the deVere Group.