Lynch Talks Capital Markets For The Jumbo Market And More 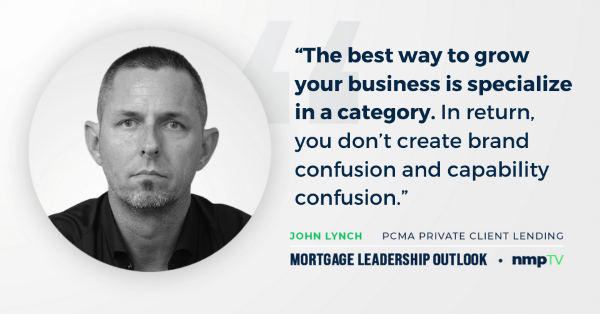 After 25 years in professional finance, Lynch uncovered a trillion-dollar credit blind spot due to unintended consequences born from the Dodd-Frank Legislation. When Lynch first conceived of PCMA as a prestige financial services brand, he envisioned righting the wrongs of overregulation, rebuilding trust in the system and delivering an elevated level of service to match clients’ accomplishments.

From August 1997 to 2006, Lynch and a colleague grew his business to the largest, privately-held home equity line of credit lender in the country. They were also acquired by Capital One.

Check out the full conversation between Lynch and Berman below.