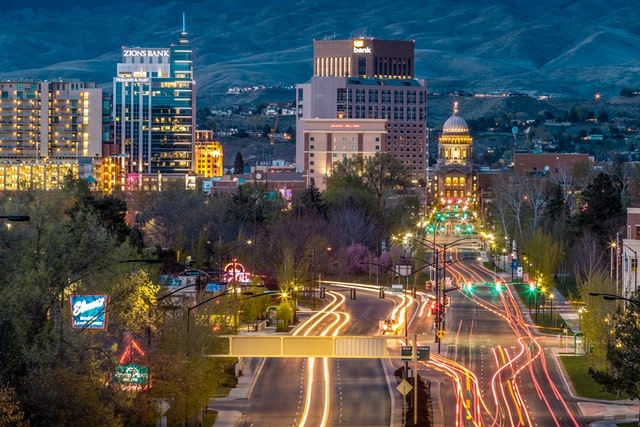 Folks are heading out of pricey coastal areas and into more affordable regions of the U.S., as Redfin reports that large metros are losing residents to relatively affordable places like Bend, OR and Boise, ID. Nationwide, the company reported that 30.7% of its users were looking to move to a different metro in January 2021, a 25.9% increase for the same period in 2020 and the highest share since the company began tracking migration in 2017, according to a press release.

Bend had a net inflow of roughly 1,600 Redfin.com users in January, up from 750 in January 2020, before the onset of the pandemic, according to the release. Bend is one of 17 metros where net inflow has more than doubled over the last year.

Another example is Boise, which had a net inflow of roughly 1,100 Redfin.com users in January, up from 500 the year before. And Charleston had a net inflow of about 1,000, up from 300. Compared to major cities like New York and Los Angeles, those are all relatively affordable areas that offer a slower pace of life and plenty of natural beauty.

"Boise has been hot with out-of-towners for the last several years, but the pandemic has pushed people who were on the brink to move here as quickly as possible," said local Redfin agent Kristin Lopez. "Almost all my buyers are people from California, Washington, Oregon, Texas and Arizona who can work remotely and have kids in online school. There's an interesting dynamic right now because Boise is still less expensive than places like Seattle or Los Angeles, but migration has caused prices to skyrocket and supply to shrink. Some buyers have been searching for six months and now suddenly they're priced out."

"It makes it hard for locals to buy a home," Lopez continued. "Local wages haven't caught up with the appreciation of home prices. And as long as interest rates stay low, I don't foresee the market slowing down anytime in at least the next year."

Click here to read more about the migration patterns of folks looking to move out of large metros and intro more affordable destinations.