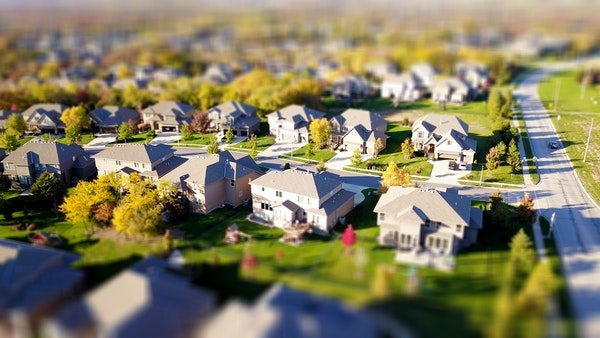 The median home-sale price increased 16% year-over-year to $331,590—an all-time high—according to a report from Redfin. The company does note that year-over-year comparisons may more reflect the fact that this time last year, stay-at-home-orders halted both home-buying and selling activity. They don't necessarily reflect how the housing market has changed over the past year. Concern is also building in terms of the affordability of a home after the pandemic subsides.

According to the report, during the 4-week period ending March 21, asking prices of newly listed homes were flat from the previous 4-week period at $349,973, and up 11% from the same time last year, for more than 400 U.S. metros. Redfin also reported that 39% of homes sold above their list price, an all-time high and 15% higher than the same period a year earlier.

Meanwhile, pending home sales were up 28% year-over-year and new listings of homes for sale were down 12% from a year earlier.

Additionally, Redfin reported that active listings dropped 42% from 2020 to a new all-time low. This is the largest decrease on record in this data, which goes back through 2016.

"It's concerning how much home prices have risen during the pandemic," said Redfin chief economist Daryl Fairweather. "When the pandemic is over, purchasing a home is going to cost much more than ever before, putting homeownership much further out of reach for many Americans. That means a future in which most Americans will not have the opportunity to build wealth through home equity, which will worsen inequality in our society. The Biden administration is putting together an infrastructure bill right now that includes building 1.5 million sustainable homes, but there is no guarantee the bill will be passed with every policy proposal intact. America needs an audacious goal to increase the housing supply, given the U.S. is short 2.5 million homes. It may be expensive to build millions of homes, but ignoring the problem would only cause housing to become more unaffordable and worsen housing insecurity."