Homes In Black Neighborhoods Undervalued By An Average $46K 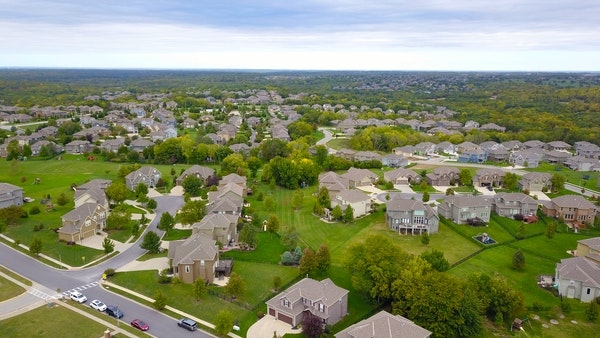 "Our analysis rules out all the factors that are typically associated with home value and still finds a significant difference between the values of otherwise nearly identical homes in similar Black and white neighborhoods. We're left with bias and systemic racism to explain the variation in home values," said Redfin senior economist Reginald Edwards. "Today's Black homeowners are missing out on $46,000 worth of wealth due to racist housing policies that were outlawed in the 1960s and continuing biases among homebuyers and housing professionals in parts of the homebuying process like appraisals and mortgage lending—and that's $46,000 that would multiply as the years go on and benefit future generations."

According to the report, the difference in home values between Black and white neighborhoods is contributing to the racial wealth gap in the U.S., as home equity is one of the major ways of building wealth. Additionally, Black Americans are far less likely to own homes than white Americans. Redfin also noted that the home-value gap between Black and white neighborhoods has remained essentially the same over the last decade.

"No real progress on the racial home-value gap has been made over the last decade, which highlights the depth of the problem and how difficult it is to change," said Redfin chief economist Daryl Fairweather. "There isn't a policy that would make people less prejudiced. We would need to see a broad cultural shift in the way homebuyers view neighborhoods that are predominantly Black. I'm hopeful that can happen. It used to be that many white homebuyers would consider a neighborhood undesirable if there were any Black residents at all, but now diverse neighborhoods aren't as stigmatized. However, there still appears to be a stigma against primarily Black neighborhoods. Unfortunately, the longer Black Americans have lower home values than their white counterparts, the longer they are missing out on wealth that could be used for other investments and to pass along to their children."