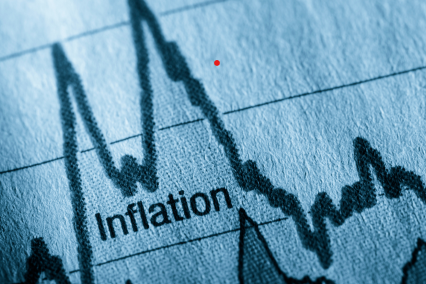 Inflation slowed in December, with the annual rate falling for the sixth consecutive month, but the trend may not be enough to convince the Federal Reserve to ease its inflation-fighting efforts.

The Consumer Price Index for All Urban Consumers declined 0.1% in December on a seasonally adjusted basis, after increasing 0.1% in November, the U.S. Bureau of Labor Statistics reported Thursday.

Annual inflation, meanwhile, increased 6.5% before seasonal adjustment, the smallest 12-month increase since the period ending October 2021. The increase matched analysts expectations, and was down from 7.1% in November and 7.7% in October.

The index for gasoline was by far the largest contributor to the monthly decrease, falling 9.4% from November, more than offsetting increases in the shelter index, which increased 0.8% from a month earlier.

Indexes that increased in December include the shelter, household furnishings and operations, motor vehicle insurance, recreation, and apparel indexes. The indexes for used cars and trucks, and airline fares were among those that decreased over the month.

While it has fallen more than a point since October, the annual inflation rate remains nearly three times the Federal Reserve’s target rate of 2%. The Federal Open Market Committee (FOMC) increased the benchmark federal funds rate from zero at the start of 2022 to a range of 4.25% to 4.5% by year’s end.

In a news conference held following the December FOMC meeting, at which the committee increased the federal funds rate by 50 basis points, Chairman Jerome Powell said the FOMC is particularly focused on the cost of services, which tends to be harder to control than the cost of goods.

Many economists are now focused on what they describe as “supercore inflation,” which excludes not only food and energy costs but also housing costs.

The report also showed that hourly wages increased again, with the average rising by 9 cents, or 0.3%, to $32.82. Over the past 12 months, average hourly wages have risen by 4.6%. Still, wages grew slower than expected in December.

The FOMC is scheduled to meet again at the end of January.