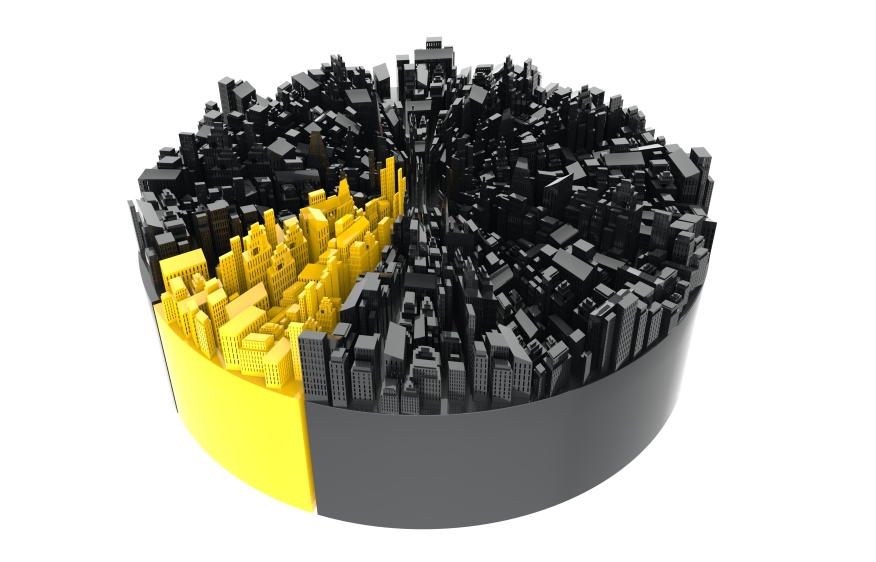 The existence of systemic racism in the appraisal industry has been debated for some time. A recent study by Freddie Mac, however, found hard evidence that properties in minority tracts are more likely to receive an appraisal value lower than the contract price, even when structural and neighborhood characteristics are considered.

The Freddie Mac study found that, in minority tracts where the population is predominantly Black or Latino, appraisers’ opinions of value are more likely to fall below contract price, and that the extent of the gap increases as the percentage of minorities increases. For example, the gap for properties in Latino neighborhoods rises from 7.7% for a 50%-to-80% Latino tract to 9.4% for an 80%-to-100% Latino tract.

“The legacy of segregation is integral to understanding the issue and extent of modern day redlining in America,” said Tai Christensen, director of government affairs for CBC Mortgage. “In the 1930s, when soldiers were the ones building homes and appraising them, it was common to take into account the racial composition of the neighborhoods. Even real estate agents would perpetuate this racist system by selectively showing houses in certain neighborhoods based on their race. Opportunities for minorities were cut at every corner.”

One possible way to address the issue of systemic racism in appraisals may be to automate the process. Yet, even automating the process may not completely remove the bias.

For decades, whites and minorities were purposefully segregated into certain districts, affecting property values and the distribution of resources for generations to come. While the federal Fair Housing Act was enacted in 1968 to prohibit racial discrimination, the legacy has persisted through patterns of residential segregation. Although most people would think this issue exists only in the South, Christensen explains that this pattern is pervasive nationwide.

She cited a study done in Minneapolis, Minn., that demonstrates this effect. The study, “Mapping Prejudice,” uncovered, documented, and mapped systematic use of property deeds to enforce racial segregation in the Minneapolis area. Although racial covenants have been illegal since 1968, racist language remains in many deeds today.

Racist covenants may stipulate something along the lines of, “Premises shall not at any time be conveyed, mortgaged or leased to any person or persons of Chinese, Japanese, Moorish, Turkish, Negro, Mongolian, or African blood or descent." That's what the first racially restrictive deed stated when Henry and Leonora Scott sold their Minneapolis house in 1910.

As more white homeowners included these racial restrictions, the racial landscape of Minneapolis began to shift. The study found that, as covenants multiplied, African Americans were concentrated into a handful of small neighborhoods. Even as the number of Black residents continued to climb, the prosperous cities became entirely white.

Although the Fair Housing Act and Community Reinvestment Act outlawed any further discrimination, they did nothing to readjust the housing prices in segregated neighborhoods after they were passed. This is the reason redlining has seemingly gotten worse over time.

A University of Pittsburgh study found the racial composition of a neighborhood was an even "stronger determinant" of a home's appraised value in 2015 than it was in 1980.

Seemingly, the mortgage industry is becoming more racist over time, but Christensen explains how that is not necessarily true.

One of the most commonly used methods for determining an opinion of value on a house is the “comparison sales approach,” when an appraiser determines the value by looking at the prices of similar homes recently sold in the neighborhood. This essentially grandfathers in racist home pricing that existed before fair housing legislation, Christensen said.

Even though some will get a second opinion if they think the appraisal is too low, in today’s pricey market that’s not a feasible solution. “Appraisal fees can definitely stack up,” Christensen said. “Home prices are rising to new levels, as are closing costs, which include the appraisal and other fees in them. Not only that, but turn times are slower than ever, with some people waiting up to a month to get their appraisal delivered when it used to take a week.”

Instead of hiring multiple appraisers, Christensen recommends removing anything that could warrant unconscious bias. This means minority homeowners should not be present at the time of the appraisal, and should remove all traces of their cultural and ethnic identity in order to get a fair valuation.

“Even if you are not a minority, this is something that is generally good practice,” Christensen said. “Remove anything that could be construed as controversial or divisive. For example, that could mean taking down your Trump flag or anything politically related. You want your house to be aesthetically pleasing, but it doesn’t necessarily have to show your uniqueness.”

Looking Ahead: The Role Of Automation

Technology has been slowly introduced over the years as a way to streamline appraisals or supplement them, but the COVID-19 pandemic forced the industry to transition and revolutionize the way technology is used.

In-person transactions were to be mitigated during the pandemic, as appraisers and homeowners wanted to stay healthy. Automation became a necessity for a lot of companies, pushing them toward modernization, whether they liked it or not.

“The appraisal industry did a great job of adapting to the COVID-19 crisis, considering the obstacles we were up against," said Kenon Chen, executive vice president of corporate strategy at Clear Capital. "It has actually created a wonderful opportunity for us to focus more on innovating and advancing our technology,”

Even better, many proponents of alternative appraisal methods in the industry also believe they provide a race-neutral solution for home appraisals. “If we can leverage technology to develop more accurate appraisals and standardize this approach across the industry, then we can eliminate the issue of unconscious bias,” Chen said.

Clear Capital, a company dedicated to providing innovative valuation technology, has aligned itself with the American National Standards Institute (ANSI) to minimize appraisal inconsistencies and reduce potential bias in the appraisal process.

“We encourage that all hybrid technology align with ANSI standards, so we can be consistent with our methods," Chen said. "That is partially the reason why traditional valuations vary so much. Appraisers use all kinds of methods to come up with an opinion of value, and it’s not uncommon for two appraisers to come up with different values for the same house. But, if we all leverage standardized technology, it could reduce the margin of difference between opinions."

There are some hybrid models, however, that are not as revolutionary as they appear. Some products simply use the “comparison sales approach” to determine home valuations without any in-person fieldwork.

In desktop appraisals, one of the most widely used alternatives, public data on the property is used to fill a report. No physical inspection of the property is conducted. Instead, the form relies on information from tax records and potentially outdated MLS data. Eventually, COVID flexibilities offered by the FHFA and GSEs had expired, so desktop appraisals are not as wide-spread as they were during the thick of the pandemic, Chen said.

That was recently thought to be true, until the Federal Housing Finance Agency (FHFA) announced last Monday that Fannie Mae and Freddie Mac (the GSEs) will allow banks and mortgage lenders to use  desktop appraisals in lieu of in-person home valuations.

Desktop appraisals and other AVMs are proven to be faster and cheaper than traditional appraisals. At RealVals, a real estate appraisal company in California, the price of a desktop appraisal can be as low as half the price of a full appraisal, and the turn time could be even less. That’s good news for lenders, appraisers, and AMCs, but minority consumers will be subjected to the same broken system that undervalues their homes.

Although this may not be the best method for creating race-neutral valuations, it’s a clear indication that the industry is changing. Perhaps, people and institutions will become more accepting of alternative methods in the long term.

Nonetheless, Chen remains hopeful about the adoption of technology into the appraisal industry.

“At Clear Capital, we are positive about what this industry will look like moving forward," he said. "Change gives us opportunity, and perhaps this change will allow us to recruit new people into the industry that would have not been interested before.”

He added, “Young people, especially those in Gen Z, are quick on the uptake with technology. Now the industry is better suited for them. Not only can they work independently and flexibly, but they can also conduct their work digitally, as many young people now prefer.”