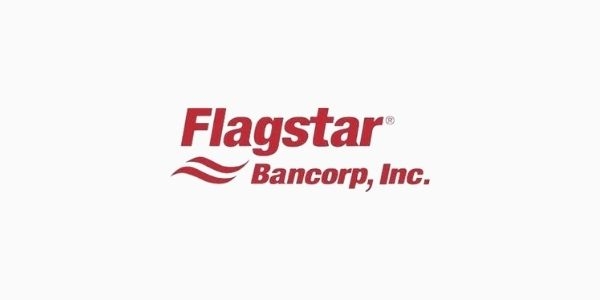 CEO says he is optimistic about 2022 after the bank navigated a 'transitionary period' in the first quarter.

Flagstar Bancorp Inc., the holding company for Flagstar Bank, today reported a 64% decrease in year-over-year net income in the first quarter while stating it was the result of a “transitionary period.”

The Troy, Mich.-based bank, which provides home loans through a wholesale network of brokers and correspondents in all 50 states and 82 retail locations in 28 states, also reported it had responded to the difficult quarter by cutting costs, including reducing its mortgage staff by 20%.

Kenneth Schellenberg, head of investor relations for Flagstar, said 420 mortgage-related positions were cut, including 358 direct layoffs and 62 unfilled positions that were eliminated. Based on the 420 total, it means the bank had 2,100 people on its mortgage staff before the layoffs and job cuts.

No information was immediately available on whether laid off employees received a severance package.

On an adjusted basis, Flagstar reported net income of $55 million, or $1.02 per diluted share, for the first quarter 2022.

Noninterest income decreased to $160 million in the first quarter, as compared to $202 million for the fourth quarter 2021, primarily due to lower gain-on-sale and loan administration income, partially offset by higher net return on mortgage servicing rights (MSR).

First quarter net gain on loan sales decreased $46 million, to $45 million, as compared to $91 million in the fourth quarter 2021, the bank said. Gain-on-sale margins decreased 44 basis points to 58 basis points for the first quarter 2022, compared to 102 basis points for the fourth quarter 2021. The decrease was largely the result of fewer re-securitization gains from the EBO book and secondary marketing, which were impacted by the speed of rate changes in the quarter and volatility, the banks said. EBO book refers to early buyout of government-backed loans.

Fallout adjusted lock volume declined to $7.7 billion in the first quarter from $8.9 billion in the fourth quarter of 2021, reflecting lower refinance volumes due to rising interest rates, the bank said. Net return on mortgage servicing rights increased $10 million, to $29 million for the first quarter 2022, compared to a $19 million net return in the fourth quarter of 2021. During the first quarter, the bank reduced its hedges on this portfolio to help mitigate the impact of higher mortgage rates on its mortgage origination revenue, Flagstar said. The increase in interest rates during the quarter resulted in improved valuations and lower runoff, it said.

"This quarter highlighted the resilience of our business model," Flagstar Bancorp President & CEO Alessandro DiNello said. "It's a model designed for banking and servicing to prosper when rates rise, once we are through a transitionary period, so that we continue to produce best-in-class earnings.”

He continued, “And that's exactly what you can see happening in Q1, which clearly was a transitionary period. While mortgage revenue declined more than expected due to an unprecedented increase in mortgage rates, our net interest margin and MSR returns have already improved significantly even though the benefits only started to come through very late in the quarter.”

DiNello noted that the bank’s gain-on-sale revenue was “under significant pressure” through the quarter due to mortgage interest rates rising “at the fastest rate this century,” he said.

Flagstar reported net interest income in the first quarter of $165 million, down $16 million, or 9%, from the fourth quarter 2021. The bank said the results primarily reflected a $2.7 billion, or 11%, net decrease in average earning assets primarily from mortgage loans held-for-sale and warehouse loans, due to seasonality and a smaller mortgage origination market.

The decreases were partially offset by growth in commercial and industrial loans, it said.

Despite the job cuts, DiNello said, Flagstar remains “focused on reinforcing mortgage profitability,” and said company officials “believe we can use our market position and scale to succeed in a mortgage market with fewer players.”

He added that Flagstar is accustomed to the up-and-down nature of the housing market.

"The cyclicality of today's market is not new to us,” DiNello said. “We've been navigating successfully through challenging mortgage markets for many years, and while we don't yet know how this cycle will unfold, we're going into it in a stronger position than in past cycles. This is thanks to our high levels of capital and liquidity, our diversified sources of revenue, our commitment to expense discipline, and our solid credit quality. Taken together, I'm excited about the prospects for our performance for (the) full year 2022."