Home Prices Have Begun Falling In Some Metro Areas 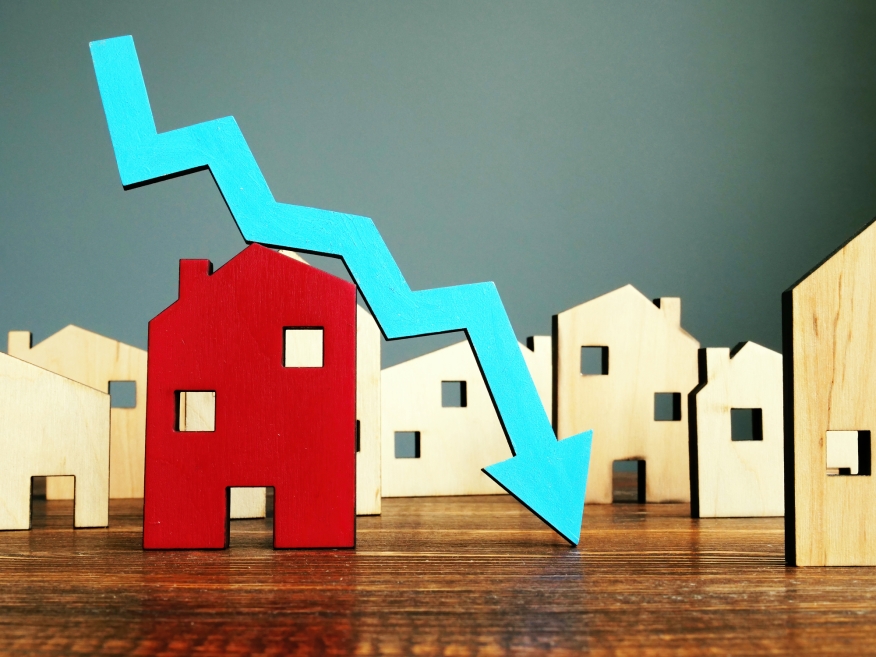 Home prices are finally beginning to fall after shooting up to record heights over the past two years in a pandemic-induced housing boom, according to a report from Realtor.com.

Isaac Newton's law of gravity is just as true in the business world as it is in everyday nature: What goes up must come down. After seeing double-digit price growth month after month, causing panic and despair to settle in among wanna-be homebuyers, this small movement downward will bring hope and reprieve to many.

Since mortgage rates topped 5% — plus high inflation and soaring rents — home prices appear to have tempered in certain housing markets. Nationwide, would-be homebuyers are being priced out of homeownership as higher mortgage rates means more expensive monthly housing payments. Although overall affordability is still a problem, when there are fewer buyers competing for homes and bidding them up, prices typically go down.

The most progress the housing market has seen in the past few months is a slowdown in price growth, but now home prices are falling in a number of metropolitan areas. Some of these dips are due to extraordinary price growth in certain communities, far surpassing what locals in many Rust Belt communities could afford. Prices were bound to come down at some point to attract more buyers. This does not necessarily mean that the home you saw listed for $500,000 is now $400,000, but rather it’s because there are fewer larger homes, which generally list at higher prices, for sale.

“Many of the metro areas seeing median list-price declines have seen an [influx] of smaller homes come to market, which carry lower price tags,” said George Ratiu, manager of economic research for Realtor.com. “At the same time, several of the cities have unemployment rates which, while still historically low, are above the national level. [This indicates] that buyers may face steeper affordability challenges from rising mortgage rates.”

This is not a repeat of the Great Recession, Realtor.com states, when a housing bubble popped and prices plummeted across the country. Instead, these are smaller decreases that do not portend another crash. 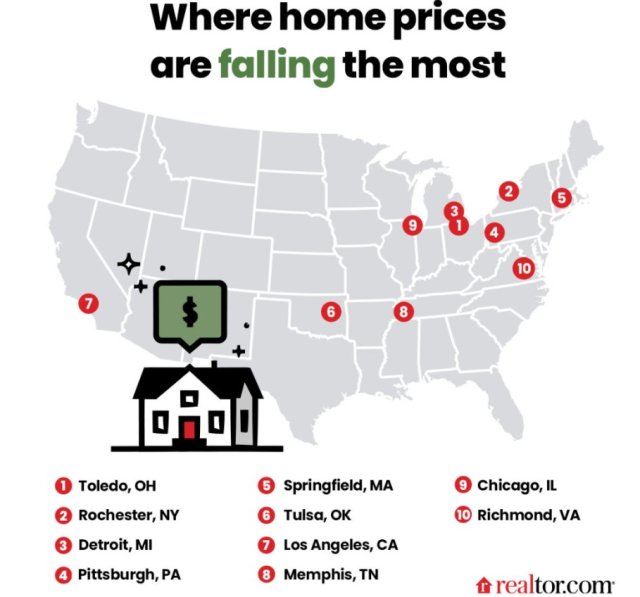 Toledo had the most significant drop in median home prices, falling 18.7% year-over-year. The city already had major job losses due to the 2008 recession, as well as the closure of the Jeep Cherokee plant 10 years later, causing homebuilders to halt production. By the time a new Jeep Gladiator plant opened in 2019, there was a huge lack of homes on the market, so home prices shot way up.