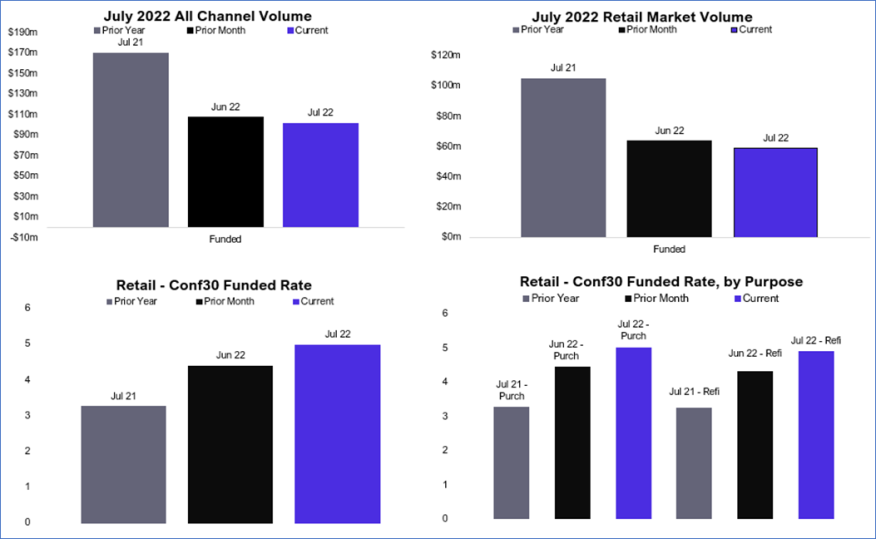 Alexandra Jacobson, senior mortgage market analyst at Curinos, said this has changed the competitive landscape in the mortgage business. “There is less overall volume in the market however more or less the same number of market participants (mortgage banks/banks), meaning that they are all vying over a smaller pool and so there is more competition to win any given loan.”

Continued Jacobson, “I think in terms of rates we’ve seen them dip overall, but it’d be interesting to see if rates eventually level off. Lenders are reducing margins internally to keep up with production, so it will be interesting to see how these rates continue to fluctuate during the rest of the year.”

The spread between conforming adjusted rate mortgages (ARMs) and their 30-year counterparts increased incrementally month-over-month and is now just shy of half a point.