Loan Officers In For A Rude Awakening: Layoffs, Acquisitions, Mergers 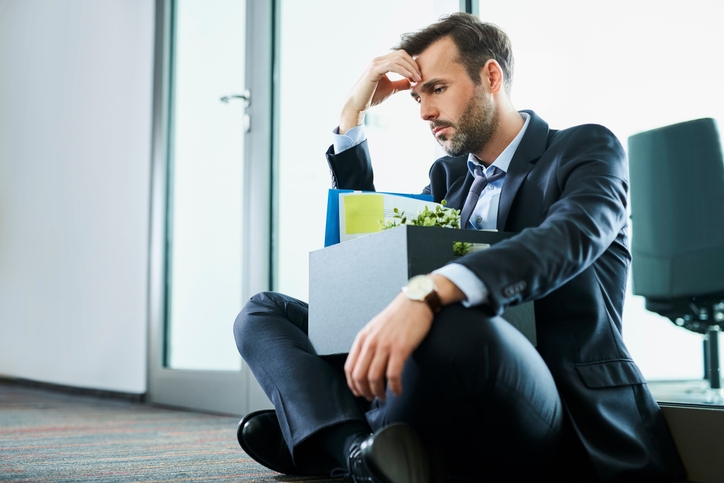 Loan officers are now going to learn what it’s like to sing for their supper as the market continues to shrink.

Mortgage professionals from every reach of the industry have profited hugely from the housing boom over the past few years, and in the meantime, some companies have bolstered their internal technology and automation to improve productivity. But, all good times must come to an end. Now that mortgage rates are on the rise, prices have reached astronomical levels, and demand is dropping off substantially, business is expected to take a nose-dive. Mortgage professionals have now entered into the land of acquisitions and layoffs.

The main drivers behind this market consolidation is the dramatic drop in refinance business nationwide, and the shrinking pool of eligible buyers as more people get priced out of the market. This past winter season has been a real kick in the teeth to loan officers across the country, with layoffs kicking off right before Christmas.

Better.com, Interfirst, and Freedom Mortgage are among the first to conduct major layoffs. Better.com cut 9% of its staff, which the CEO announced over a Zoom call in December. Interfirst Mortgage laid off 77 employees in Charlotte, including loan originators, national account managers, retail sales managers, transaction coordinators, among others.

Although Freedom Mortgage experienced major growth throughout the past year, acquiring J.G. Wentworth Home Lending and RoundPoint Mortgage Servicing, the company still laid off 171 employees in California and closed down its mortgage servicing office in the state. More recently, layoffs swept through the Fort Mill, South Carolina office last Friday, according to sources familiar with the matter.

Let’s not forget Zillow laid off a quarter of its real estate firm after its “iBuyer” house-flipping operation failed and left the company with $421 million in losses.

Acquisitions aren’t that scary until top executives start mentioning strategic reviews. That’s what happened to Stearns Wholesale Mortgage only a year after being acquired by Guaranteed Rate. At first Stearns Wholesale was acquired to boost retail loan originations, yet, after a strategic review Guaranteed Rate executives decided it would be best to discontinue third party wholesale originations and shut it down, laying off 348 employees.

Not all acquisitions are bad news for the acquired party. Real estate giant, Redfin, announced in early January that it will pay an estimated $135 million cash to purchase Bay Equity Home Loans, according to multiple sources, a lender that is active in 42 states and employs 1,200 people. However, cuts will have to be made – Redfin will cut investments in lending software and lay off 121 people as part of the transaction. Bay Equity will not lay off any staff, though.

More layoffs and acquisitions are expected to be just over the horizon, according to industry experts. Wells Fargo saw mortgage loan production fall 8% in 2021, making 27% fewer loans to homebuyers in the same year they closed 270 branches and laid off 16,000 employees, according to a report by Inman. Wells Fargo was known as the nation’s largest provider of purchase mortgages in recent years, but CEO of Rocket Companies, Jay Farner, has set his sights on overtaking Wells Fargo in the next 12 to 18 months.

Rookie loan officers who entered the industry in the midst of the pandemic housing boom were flying high with rising demand acting as the wind beneath their winds, but flying too close to the sun may get you burned. Loan officers are now going to learn what it’s like to sing for their supper as the market continues to shrink, probably wishing they hadn’t spent that signing bonus so fast.

Sources who spoke to Housingwire said that concern over layoffs are rising at Fairway Independent Mortgage, but also said loan officers can be more confident working with a more stable traditional shop rather than a fintech company.

For a full list of mergers, acquisitions, and layoffs for 2021 leading into 2022 are available at TheTruthAboutMortgage.