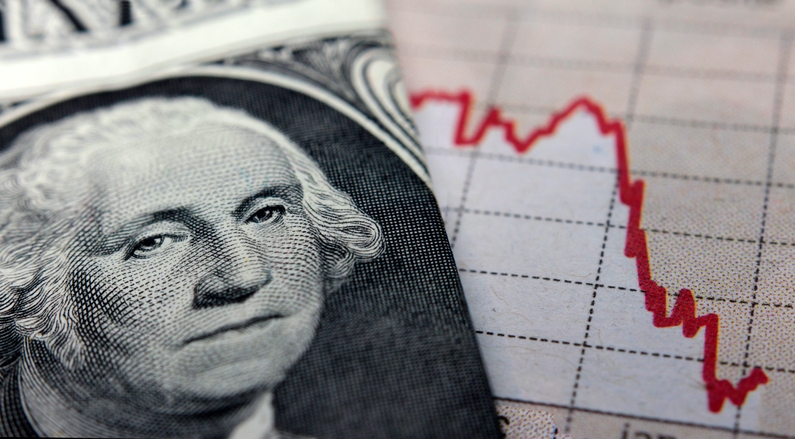 For economic researchers at the Mortgage Bankers Association (MBA), it’s now “a coin flip” as to whether the U.S. economy will fall into a recession in the next 12 months.

The MBA on Thursday released its July 2022 Economic and Mortgage Market forecasts, which now predict the U.S. economy will slow to a growth rate of 0.6% in 2022, revised downward from last month’s forecast of a 1.6% growth rate.

“Higher interest rates resulting from the (Federal Reserve’s) efforts to combat inflation, as well as the persistently high rate of inflation, are causing stresses for households and businesses,” the MBA’s economic research team said in a news release. “The tighter financial conditions will lead to weaker growth.”

The team adds that while “a recession is not in our baseline forecast, it is a coin flip at this point, as we estimate a roughly 50% chance that the U.S. could enter a recession over the next 12 months, with the most likely timing being in the first half of 2023.”

“The unemployment rate has likely reached its low point at 3.6% and may start to inch up by the end of the year (and through next year), breaching the 4% mark by the second half of 2023,” the MBA team said. “There are already signs of a slowdown in hiring, including fewer job openings and an increase in initial unemployment claims.”

It noted that while inflation “remains stubbornly high, the Fed’s rate hikes and weakening demand will push the inflation rate down over the next year.”

The team said lower demand for commodities will cool headline inflation and ease supply-chain backlogs. “We expect inflation to end the year at around 6% before declining to a 2% to 2.5% range in 2023 and 2024,” the team said.

The MBA team also noted that the housing sector has been severely affected by the spike in interest rates, and as a result lowered its forecast for single-family starts and home sales, leading to lower purchase originations.

“We now expect existing home sales will decline 8% in 2022,” the team said. “Purchase origination volume is expected to be $1.66 trillion in 2022, essentially flat from last year, before increasing slightly to $1.7 trillion in 2023.”

In an already strained affordability environment, the MBA said, “higher mortgage rates have reduced the pace of home sales, and now with the prospect of a weaker economy and an elevated risk of recession, potential home buyers have pulled back even more.

“Additionally,” the MBA continued, “the new residential construction data have been weaker of late, with a slower pace of housing starts and permits, along with deteriorating homebuilder sentiment, driven by declining foot traffic of prospective buyers.”

Mortgage refinancing continues to be well below last year’s pace, the MBA said, “especially as rate-term refinances continue to decline with mortgage rates more than 2 percentage points higher than a year ago.”

GIven that, the MBA economic research team said it expects the rate for 30-year fixed-rate mortgages to stay over 5% for the rest of 2022, ending the year at 5.2%. It also estimated that refinance originations will fall 70% in 2022 to $706 billion.