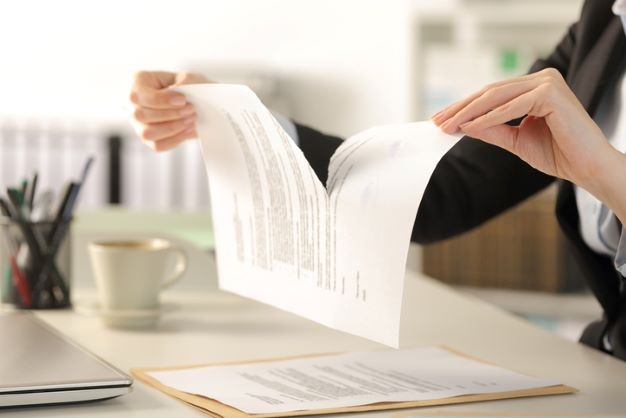 About 16% of home-purchase agreements called off in July, highest rate in 2 years.

Nationwide, roughly 63,000 home-purchase agreements fell through in July, equal to 16.1% of homes that went under contract that month, according to a new report from Redfin.

The technology-powered real estate brokerage said that’s the highest percentage in more than two years, behind March and April 2020, when the onset of the coronavirus pandemic brought the housing market to a near standstill.

With the housing market slowing as higher mortgage rates sideline many prospective homebuyers, competition is declining and house hunters still in the market are enjoying newfound bargaining power — a stark contrast from last year, when they often faced heated bidding wars.

Today’s buyers, Redfin said, are more likely to use contract contingencies that allow them to back out without financial penalty if something goes wrong. With an increasing number of homes to choose from, they’re also more likely to call a deal off if a seller refuses to bring the price down or make requested repairs. That has become increasingly common given that sellers are still adjusting to the cooling market.

“Homes are sitting on the market longer now, so buyers realize they have more options and more room to negotiate,” said Heather Kruayai, a Redfin real estate agent in Jacksonville, Fla. “They’re asking for repairs, concessions, and contingencies, and if sellers say no, they’re backing out and moving on because they’re confident they can find something better.”

“Buyers are also skittish because they’re afraid a potential recession could cause home prices to drop,” Kruayai said. “They don’t want to end up in a situation where they purchase a home and it’s worth $200,000 less in two years, so some are opting to wait in hopes of buying when prices are lower.”

Alexis Malin, another Redfin agent in Jacksonville, warns that there’s no guarantee buyers will be able to find better deals in the future. Annual home-price growth has started to slow — to 8% today, down from 17% a year ago — but prices are still rising and Redfin economists don’t expect them to crash.

“Some buyers who are backing out of deals have this mindset that the market is crashing and they’ll be able to get a home for $100,000 less in six months. That’s not necessarily the case,” Malin said. “Homes in many parts of Florida are still selling for a pretty penny, so I warn my buyers that the grass might not actually be greener on the other side.”

Some buyers are also backing out of deals due to mortgage rates above 5%. Those who started their search months ago, when rates were closer to 3%, may now realize the type of home they wanted before is now out of their price range, since monthly mortgage payments have soared nearly 40% year over year.

“Home-purchase cancellations may begin to taper off as sellers get used to a slower-paced market,” said Redfin Deputy Chief Economist Taylor Marr. “Sellers have already begun to lower their prices after putting their homes on the market. They’ll likely start pricing their properties lower from the get-go and become increasingly open to negotiations.”

Metros must have had at least 1,000 pending home sales in July to be included.

Six of the top 10 metros for broken contracts are in Florida. The Sunshine State exploded in popularity among homebuyers during the pandemic, and has also seen among the highest price growth in the nation. That’s causing competition to slow, meaning more buyers are negotiating — and backing out if sellers don't give them what they want. In Orlando, 37.4% of home offers written by Redfin agents faced competition in July, down from 81.4% a year earlier — the largest year-over-year decline among metros analyzed by Redfin.

“The last four buyers I’ve worked with have all backed out of deals,” Malin said. “One of my clients asked the seller for money to cover the home being repainted. The seller said no at first, so my buyer canceled the contract, but the seller then changed their mind and repainted the whole house. My buyer still walked away because he decided he didn’t love the home that much after all and he knew he had other options.”