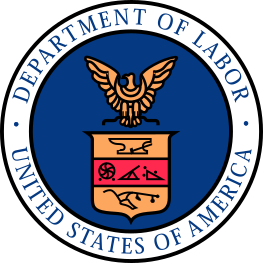 The good news: the national unemployment rate fell to 4.8% in September, down 0.4 percentage points from August, the U.S. Bureau of labor Statistics reported this morning.

The bad news: total nonfarm employment in September rose by 194,000, well below the 500,000-plus that was forecast by analysts. The expectation ahead of the report was, in party, that schools reopening last month would allow parents otherwise in need of daycare services to return to work. A surge in the Delta variant of the coronavirus also likely hindered improvement in the employment numbers.

Both the unemployment rate and the number of unemployed people, which fell in September by 710,000 to 7.7 million, were down considerably from their highs at the end of the February-April 2020 recession, the bureau said. Still, they remain above their levels before the COVID-19 pandemic (3.5% and 5.7 million, respectively, in February 2020).

Notable job gains were reported in leisure and hospitality, in professional and business services, in retail trade, and in transportation and warehousing. Employment in public education declined over the month.

Construction employment rose by 22,000 in September but has shown little net change so far in 2021. Employment in construction is also 201,000 below its February 2020 level. Little change was seen in the financial activities sector, the bureau said.

The number of people not in the labor force who currently want a job was 6 million in September, little changed from August but up by 959,000 since February 2020. These individuals were not counted as unemployed, the bureau said, because they were not actively looking for work during the last four weeks or were unavailable to take a job.