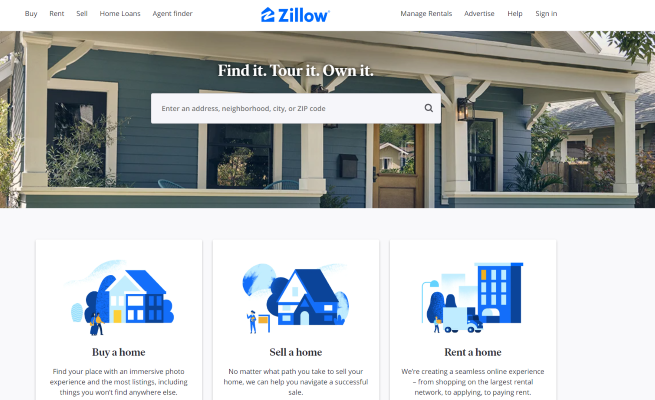 The layoff affected about 5% of Zillow’s staff, including some vacation positions.

With mortgage applications steadily declining as interest rates climb over 7%, Zillow Group Inc. has announced its second round of layoffs in 10 months.

The online real estate company cut approximately 300 positions on Tuesday. That was confirmed by a company spokesman and by posts on LinkedIn by various now-former employees.

“As part of our normal business process, we continuously evaluate and responsibly manage our resources as we create digital solutions to make it easier for people to move,” the company said in a statement. “This week, we’ve made the difficult — but necessary — decision to eliminate a small number of roles and will shift those resources to key growth areas around our housing super-app.”

The statement added that Zillow is “still hiring in key technology-related roles across the company.”

A company official, who spoke on condition of anonymity, said Zillow offered the employees a severance package that includes a minimum of 11 weeks pay and six months of benefits, plus support services.

The layoff affected about 5% of Zillow’s approximately 5,800 employees, though the company official said some of the positions cut were already vacant.

It follows the company’s announcement last November that it would lay off 2,000 workers after it shut down its iBuying business, Zillow Offers. That layoff reduced its staff by about 25%. In June of this year, Zillow Group informed the state of Texas it would lay off 55 workers at its facility in Coppell. Those layoffs were related to winding down Zillow Offers.

The company official said some of the positions cut affected Zillow Premier Agent, Zillow Home Loans, and Zillow Closing Services. The official added that Zillow is focusing more on technology and engineering.

Zillow still has $3 billion in cash reserves, so it's not about money, the spokesperson said. “It's not a market decision. It's a business decision.”

Riley Godec, a former connections team manager at Zillow, commented on the layoffs Wednesday in a post on LinkedIn.

“I’m so heartbroken to share that I was 1 of the 300 Zillow employees that was laid off yesterday,” she wrote. “Waking up this morning I opened my Slack, thinking that it was a dream, only to see that I no longer had access to Slack and that this is real life.”