Flipping the Bird at the CFPB! 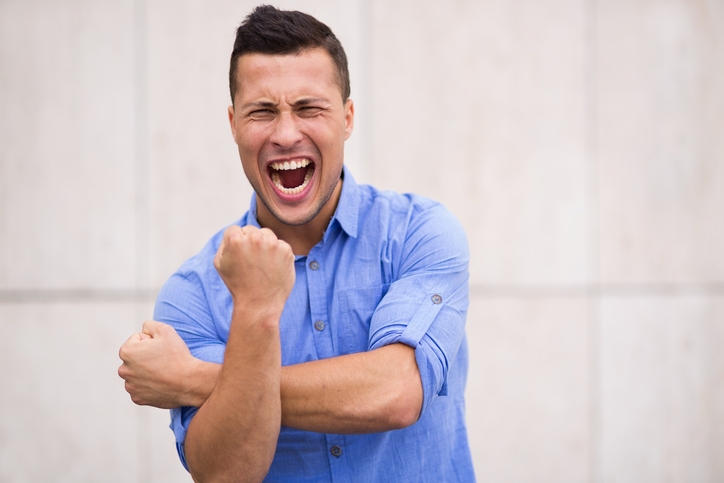 Do you really want to tell the Consumer Financial Protection Bureau (CFPB) that it doesn’t regulate you?

Before flipping the bird at the CFPB, a company had better do some deep and serious deliberations!

Take the case of Intercept Corp., a company that the CFPB asserted allegedly took money from consumers’ bank accounts without authorization to do so. It was claimed that the company willfully ignored red flags and thereby allowed its client companies to take consumers’ funds.

Here’s what happened, as described in the complaint, and argued in federal court a few days ago.

Intercept does business as InterceptEFT. The CFPB claimed that InterceptEFT, and its President, Bryan Smith, and also its CEO, Craig Dresser, knew about the alleged illegal withdrawals but they did nothing to protect consumers.

Intercept tried a gambit that, in this instance, seems to have been destined to failure: when in doubt, remove the opposing litigant for lack of standing. So, let’s do it, let’s try to remove the CFPB! Let’s contend—or maybe “pretend” should be the best word here—that we’re not governed by the Consumer Financial Protection Act (CFPA). Sure, that will work!

What does InterceptEFT do? The CFPB describes this company as a financial service that is mainly used for consumer purposes—meaning personal, family or household needs. It is a third-party vendor. The CFPB took the position that although consumers don’t directly work with this third-party vendor doesn’t alter the service, and the company's classification doesn't change just because the complaint doesn’t explicitly state that its products are offered for those consumer purposes.

Specifically, the CFPB alleges that Intercept and its executives processed transactions for clients they knew, or should have known, were making fraudulent or other illegal transactions, even after being warned several times of the wrongdoing. The injury to consumers reached into the many millions lifted from consumers’ bank accounts.

Now the gambit: Intercept claimed that it met exceptions for the law, including one that would allow it to escape the suit because not all of its clients are covered by the CFPA.

“That reading would produce the absurd result that an entity could not be a service provider if it provided support services to even a single non-covered-person client - regardless of the entity’s conduct with respect to covered persons.” … “Intercept provides no justification for such an arbitrary result, and indeed there is none.”

As to attempts to remove the President and the CEO from the litigation, the CFPB said that they should be held accountable as individuals because they’re involved in the company’s day-to-day operations and not just “uninvolved company figureheads or passive shareholders.” These company officers had said that they worked with the banks on due diligence checks, so their work was not recklessness.

But, that position came under this withering fire from the CFPB:

“[That argument] contradicts the factual allegations in the complaint, which describe how numerous banks warned Smith and Dresser about apparent fraud and illegality and how the two men responded, not by acting on those concerns, but by seeking to minimize and work around them.” ... “Smith and Dresser cannot now hope to hide behind the very warnings they previously chose to ignore.”

The injury was substantive, claimed the CFPB. The Bureau said that it had proved substantial injury was caused as direct monetary losses, as described by category in the suit. Indeed, consumers couldn’t have avoided the harm because they didn’t even know about the unauthorized withdrawals in the first place.

Intercept EFT launched a second line of counter-attack. As the CFPB stated in its suit, “…rather than confronting these allegations head-on, defendants claim not to understand them, asserting that the complaint is too vague or ambiguous for defendants even to present a defense on this element of unfairness.”

If adumbration is the tactic, better be prepared with a phalanx of facts! Unfortunately, Intercept had few facts to support their endeavor to becloud the issues. Although the Bureau did not name the clients, the complaint points to specific communications that Intercept had concerning access as well as its more common practices – such as allegedly ignoring specific warnings.

Worth mentioning is that the motion to dismiss had also claimed the suit was barred under the statute of limitations. This really could not go anywhere, since the CFPB said the dates Intercept proffered regarding the government's discovery of the alleged violations were irrelevant because they were determined by when the Federal Trade Commission did a separate investigation, not the one conducted by the Bureau itself.

Now comes the last and fourth gambit, one that is like a last gasp of air in a hot air tunnel: Challenge the constitutionality of the Consumer Financial Protection Bureau.

Intercept raised a motion challenging the constitutionality of the CFPB as an agency. The Bureau squelched that line of reasoning by stating every court that has considered the Bureau’s constitutionality has ruled in the government’s favor and that Intercept didn’t provide any new, substantial arguments that would justify a ruling otherwise.

In sum, the Bureau pled that Intercept and its officers failed to meet the standard of proof needed to dismiss a case at this stage. The court will determine if the foregoing gambits will put this case down or keep it going forward on some subtle and abstruse vapors.

But why prolong the agony?