Is a Housing Bubble on the Horizon? 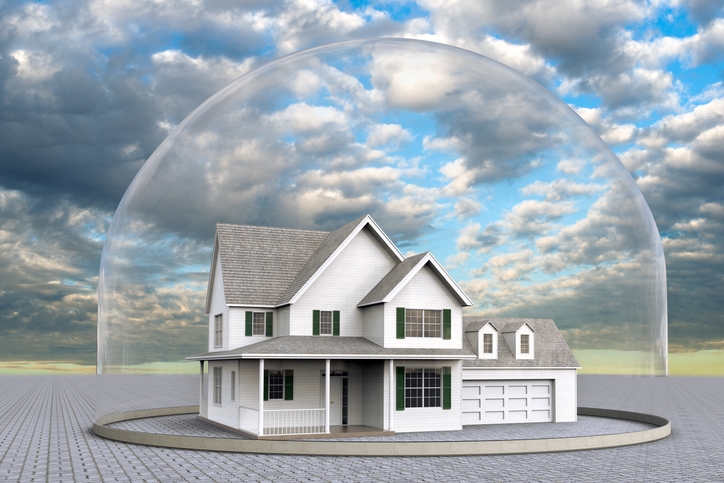 Every day, we hear conflicting information about how the economy and the real estate market is faring. Are we at the beginning of a huge housing boom, as some analysts suggest, or is a housing bubble just around the corner?
Responding to an October survey by real estate company Zillow, almost half of the economists and real estate experts are predicting a recession that will commence in 2020. On the other hand, some economists have suggested that there won’t be a crash until 2026 (if at all).
The most commonly cited reason for a potential housing market collapse is monetary policy. If interest rates go up, getting a home loan will be more costly, shutting some potential buyers out. If the Federal Reserve raises rates too quickly, the economy will slow, and there will be a recession.

Why do people think there could be a housing bubble? 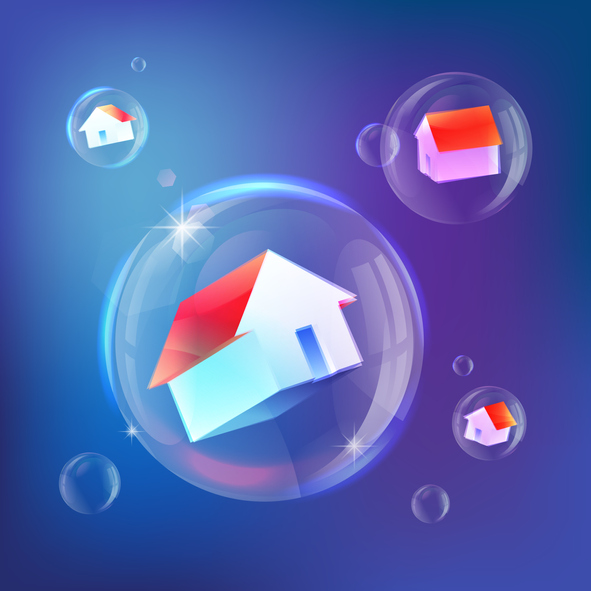 Firstly, house prices had been rising quickly until 2017 and the average home price hit a record high, over 10 percent higher than the previous 2006 record. But housing prices cooled.
Sellers were at first reluctant to drop their prices as they wanted the same high gains, so sales slowed. But average incomes haven’t increased as quickly as house price costs, so buyers generally didn’t have enough cash to buy.
Housing prices have continued to rise in 2019, but not as quickly as before. The interest rates had been increased by the Fed from 1.5 percent to 2.5 percent, which made home loans more expensive. Recently, the rate was lowered to 2.25 percent as the Fed attempts to balance the situation.
There has been an increase in unregulated mortgage brokers. Half of the largest mortgage lenders are not banks, and they hold more than half of the U.S mortgages. These lenders are not as regulated as banks, making them more vulnerable to problems if there’s a sharp housing market drop.
Access to affordable housing has dropped precipitately. At the start of the decade, around 11 percent of the country’s housing was cheap enough to be affordable to low-income families. This has dropped to under four percent. The biggest change has been seen in cities where house prices have rocketed.
Sub-prime loans were a big cause of the previous housing market crash, and many economists have noted that the mistakes of the past have not been learned from. Though the situation does not appear to be as bad as in 2008, a significant percentage of the market is sub-prime and sub-sub-prime loans.

Will there be a repeat of the 2008 housing market crash?

If there is to be a housing market crash, it will not come from the same direction. Whereas in 2005, more than 20 percent of the mortgage market was caught up in subprime loans, now it is closer to five percent.
Lending standards have also improved. It’s harder to get a home loan if you don’t have good credit. Banks do not lend as high a percentage of the home’s value (55 percent down from up to 80 percent or more), dampening the “house flipper” market.
There’s less likely to be a boom in home buying because young people have less money to spend. The recession hit them hard, and most had to take out large loans to fund their education. As house price increases have outpaced income increases, fewer people have the ability to buy, making a housing boom/bust cycle less likely to materialize in the short term.

What other factors could lead to a boom or bust?

The yield curve on U.S. Treasury notes has become inverted. This yield curve is a good indicator of how investors feel about the economy and prospects for economic growth. An inverted yield curve means that investors are not confident in the near-term economy and prefer to keep their money tied up in longer bonds that will ride out a recession.
Higher interest rates would make loans more expensive. Mortgage buyers who took out a variable-rate mortgage at a low rate could find themselves unable to make their repayments if interest rates rose sharply.
A return to the use of risky financial products would be likely to cause a repeat of the 2008 housing crash as borrowers unable to repay their loans default.
President Trump’s tax reform plan, opposed by the real estate industry, raised the standard deduction. Ultimately, it is a plan that props up house prices and benefits the wealthy, increasing the divide between rich and poor by stopping people from taking advantage of a mortgage interest deduction.
Other factors such as rising sea levels and flooding are having effects on the price of homes.
Ultimately, at this point, we can’t be sure which way the housing market will go from here. With around 50 percent of economists predicting a crash in 2020, it pays to be sensible when choosing financial products.
Mark Daniels is a versatile writer with extensive experience creating interesting, engaging, and unique articles in multiple industries.
Link copied
Published
Nov 25, 2019
Coming Up See All
Dec
08
Local Search 101 for Mortgage Brokerages
Webinar
2:00 PM ET
Dec
13
California Mortgage Holiday Party
Irvine, CA
Jan
12
New England Mortgage Expo
Uncasville, CT
Get the Daily
Advertisement
Advertisement
Reverse
Reverse Mortgage Funding Files Chapter 11 Bankruptcy