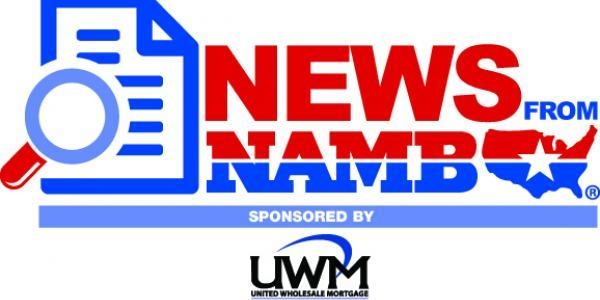 United Wholesale (Advertisement)
Communication allows UWM to maintain the fastest and most consistent turn times in the industry. UWM puts you in direct contact with the underwriter who is underwriting your loan, gives you the same team of underwriters for all of your loans, and promises to return your calls and emails within three hours. It’s like having a hotline to a team of mortgage superheroes. Learn more at uwm.com.  Isn’t it time you started working with UWM?

Hensarling Proposes to Cut “Huge Swath” Out of Dodd/Frank
House Financial Services Chair Jeb Hensarling is crafting a bill that would repeal many areas of Dodd/Frank. This bill probably will not propose to destroy the CFPB which would ensure huge Democrat resistance.  It will address Too Big To Fail, job-killing aspects of the law, and alternatives to Fannie and Freddie.  It is no secret that Hensarling would like to repeal Dodd/Frank altogether but he has come to the realization that is very likely impossible.

Adjustable Rate Mortgages Surge
Since Christmas, the only loan category to increase was ARMs according to the Mortgage Daily’s U.S. Mortgage Market Index. Borrowers who preferred an adjustable-rate mortgage over a fixed-rate loan soared 41 percent from the week ended Dec. 25, 2015. The share of ARMs jumped to 21 percent from 12 percent in the previous report. It is believed current borrowers are less worried about what happens 5 years down the road than the current payment.

Big Drop in Applications Over Christmas Was a Fluke
Everyone was worried that the huge drop in applications over the Christmas and New Year’s holidays was a bad sign for 2016. It was exactly as I predicted; people just wanted to enjoy the holidays. The slight dip in rates reinvigorated refinances and purchases applications were second only to the week before TRID went into effect. It looks like a great year for mortgages!

CFPB Advertising on Google for Complaints
It seems the CFPB complaint database may be running a little dry. An alert law firm found that the CFPB is placing ads on Google or Yahoo to find some more complaints that the agency must believe it is missing.  We would presume they are paying Google or Yahoo for the ads.

Why Borrowers Are Not Using the Loan Estimate to Shop
Those of us who are originators know that most borrowers don’t continue shopping once they make application and get disclosures. A recent Washington Post article points out that the difference in rates is so small, it is too much trouble. Borrowers are much more inclined to work with someone they trust and who gives good service than to risk becoming just a number at some slightly cheaper lender. Forcing borrowers to get a Loan Estimate so they can shop won’t change that.

Correspondent is Proving Better Than Retail
Two major lenders are calling it quits in retail mortgage origination but are keeping their correspondent channels. Bank United will continue to buy loans, especially jumbos, and Ditech will also continue correspondent. The growth of companies entering wholesale also indicates brokerage is alive and well.

Could We Scrap Credit Scores?
A California-based online lender says they are doing just that. SOFI, a relatively new company claims it is better to just look at the credit along with the income, assets, and non-traditional credit. Sounds like what we did 20 years ago. If you have great underwriters, that may be OK. Otherwise, SOFI may be just another flash in the pan.

Chase Calls FHA “Subprime” … Again
In an interview full of half-truths, Chase Mortgage’s CEO claims FHA is nothing more than subprime and Chase is not in the sub-prime mortgage business. Kevin Watters said on CNBC, “FHA requirements are down to a 520 FICO and you only have to put 3.5% down; that's subprime lending.” The truth is you can get 3.5% down and have a 520 score, but not both together. He says there have 13,000 pages of new regulations making one think these were FHA regulations. In reality FHA regs have changed very little. For those of us with longer memories, those are virtually the same words Jamie Dimon spoke a year ago. Chase says it wants jumbos.  That’s OK Chase, us little guys will make certain we serve all of the American public.

NAMB East Rooms Booking Out!
We have 700 room nights booked of the 850 in the entire hotel. Please book your room now!

Mark your calendars for Wednesday, March 9, 2016 to Friday, March 11, 2016, for the biggest mortgage conference east of the Mississippi.  All of the major wholesale lenders are exhibiting in the sold-out exhibit hall.  You will be able to talk to industry leaders, motivational speakers, and top producers who will show you how to increase production.  Plus, there will be world-class golf and top entertainment at one of Hilton Head’s finest resorts.  It’s right on the ocean with average temperatures of 65 to 70 degrees.  For a limited time most wholesalers have bought tickets and are giving them to their accounts, a $495 value.  Ask your A/E for yours.

Does Anyone Want to Be Deputy CFPB Director?
Steven Antonakes left the post earlier this year without another job. Acting deputy director, Meredith Fuchs, who said she would stay until a permanent replacement was found, appears unwilling to wait for her permanent replacement. So, we have another acting deputy director beginning next week. David Silberman, associate director for research, markets, and regulations, will replace Fuchs. You may notice the job isn’t even posted in the job list. You may also notice the folks at the CFPB get paid very well.

Still Have TRID Questions?  Ask the CFPB on NAMB Webinar
Join NAMB and Julie Vore, Mortgage Markets Originations Analyst at the CFPB, on Wednesday, January 20, 2016 from 1pm to 2pm EST for a NAMB Webinar. Learn how industry is dealing with TRID issues and ask questions. If you have a TRID-related question that you would like to ask, please email in advance to [email protected].

Cost for this Webinar session is FREE for NAMB Professional members and $10 for NAMB Associate members. This session is limited to the first 1,000 attendees so, don't wait ... register today!

Wall Street Journal Calls Fannie and Freddie “The Toxic Twins”
It appears the press is capitalizing on the public’s continued anger over the financial disaster of several years ago. The GSEs have been attacked by major papers like the Washington Post and now The Wall Street Journal bemoaning that “investors prefer having Uncle Sam standing behind the deal.”  Has the Journal heard of FHA that guarantees 100% of every loan and banks are FDIC insured? I wonder how happy the public would be to have interest rates take a big jump and require 20% down? Sounds like the WSJ would like a nation of renters. They seem to forget Fannie, Freddie and FHA, and even the FDIC have never cost taxpayers a dime. It is the government that is leaching on them.

Credit Unions Claim CFPB Rules Are Killing Them
The National Association of Federal Credit Unions penned an urgent letter to House and Senate leadership pleading for legislative relief. NAFCU claims 17% of credit unions have gone out of business since mid-2010. NAFCU places a lot of the blame on the CFPB. “The impact of this growing compliance burden, in particular the growth of CFPB rulemaking, is evident as the number of credit unions continues to decline.” The Independent Community Bankers have joined the chorus with NAFCU and NAMB.  Like other participants in the financial industry, it is the small entities that have been hit hardest by CFPB rules.

Mortgage Stocks Look To Have Rough 2016
Mortgage stocks have taken an even worse drubbing than the general stock market. Stonegate Mortgage has lost 2/3rds of its value over the past year. Impac is down 17% for the year. NationStar dropped 50% of its value. PennyMac is down 30%. The losses continue into 2016 from 2015 despite the year starting with favorable rates.

Obama Ignores Housing in State of the Union
President Obama must not consider housing to be one of his great accomplishments since he virtually ignored it in the 2015 speech and didn’t mention it at all in his final this week.  Perhaps the president thinks housing still has a sour taste for the American public.  Or, it may be that Dodd/Frank, that was pushed through by Obama, isn’t that popular.

FHLBanks Drop Insurance Companies. Why Does It Matter?
Most people in the mortgage business don’t pay a lot of attention to the Federal Home Loan Banks. If we work for a non-bank, we think of Fannie Mae, Freddie Mac, and Ginnie Mae. But the FHLB is another important secondary market lender that is used by smaller banks and credit unions to get money to lend at a low rate. At one time, Freddie Mac was more or less the marketing arm of the FHLB board.  Now, Freddie takes in every type of lender. Cutting some insurance companies will reduce the amount of capital flowing through the FHLBs which may reduce the amount of mortgage money depositories can lend and its cost.

Rate Outlook
The Bureau of Labor Statistics Jobs Report showing the economy added 292,000 jobs in December, mush better than expected. Combined with ADP’s report of 257,000 jobs created in December, we are likely to see the Fed hike again sooner than many expected if that continues. The only bright spot for rates is that hourly income actually dropped a little relieving inflation fears a little.

The stock market drop has been helping rates stay low since investors are wondering whether the market is oversold. Numerically, the Dow and S&P 500 had their worst four-day start of a year ever going all the way back to 1928.  News of a huge slump around the world, especially in the Chinese markets, has spooked Wall Street.

Housing and automobiles are the bright spot in the economy at the moment. Manufacturing, agricultural and energy are not keeping pace according to the Federal Reserve Beige Book report this week. Today, the job loss survey continues to show job losses inching up week over week. That seems to contradict the large gain in jobs that have been reported recently.

Tomorrow has a lot of economic news; retail sales, producer price index, industrial production, capacity utilization, and U of M consumer sentiment. The DOW has seen some gains this morning that is trimming the drop in mortgage rates.