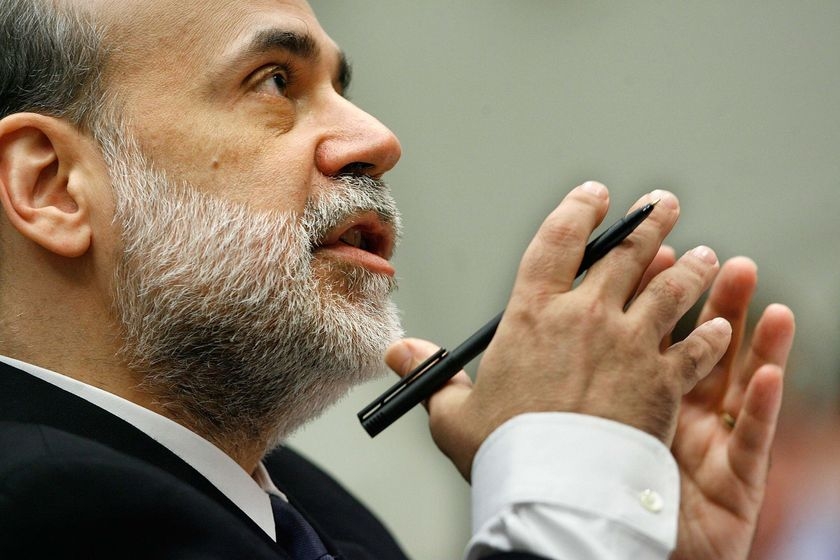 United States President Barack Obama has announced the reappointment of Federal Reserve Chairman Ben Bernanke to a second term at the helm of the Federal Reserve Board. "I would like to express my gratitude to President Obama for the confidence he has shown in me with this nomination and for his unwavering support for a strong and independent Federal Reserve," said Bernanke on news of the reappointment. "It has been a particular privilege for me to serve with extraordinary colleagues throughout the Federal Reserve System. They have demonstrated remarkable resourcefulness, dedication, and stamina under trying conditions. Through the long nights and weekends and the time away from their families, they have never lost sight of the critical importance of the work of the Fed for the economic well-being of all Americans. I am deeply grateful for their efforts." News of President Obama's reappointment of Bernanke coincided with a strong gain in stocks on Wall Street and a report on gains in the housing market. According to an S&P/Case-Shiller report, home prices rose 2.9 percent in the second-quarter of 2009 versus the first quarter, marking the first quarterly rise in prices in three years. The 20-city index declined 15.4 percent in June versus a year ago, but that was shy of forecasts for a drop of 16.4 percent versus a year ago. “Chairman Bernanke has the resiliency and sound judgment to get the economy back on track,” said Steve Bartlett, president and CEO for the Financial Services Roundtable and the Housing Policy Council. “We applaud the Administration for acting in the best interest of the American people. The Roundtable looks forward to continuing to work with the Fed to reform the financial regulatory system." The Roundtable's Housing Policy Council is made up of 26 companies that are among the nation's leaders in mortgage finance. Member companies originate sixty-five percent of the mortgages for American homebuyers. Member companies participate in the Council through the senior mortgage executive in their company. The Financial Services Roundtable represents 100 of the largest integrated financial services companies providing banking, insurance, and investment products and services to the American consumer. Member companies participate through the chief executive officer and other senior executives nominated by the CEO. "The Federal Reserve, like other economic policymakers, has been challenged by the unprecedented events of the past few years," said Bernanke. "We have been bold or deliberate as circumstances demanded, but our objective remains constant: to restore a more stable economic and financial environment in which opportunity can again flourish, and in which Americans' hard work and creativity can receive their proper rewards." For more information, visit www.federalreserve.gov.
Link copied
Published
Aug 25, 2009
Coming Up See All
Feb
14
Texas Mortgage Roundup — Austin
Austin, TX
Mar
01
Atlanta Mortgage Expo
Atlanta, GA
Mar
15
Mid-South Mortgage Expo
Nashville, TN
Get the Daily
Advertisement
Advertisement
Operations
Brokerage Franchiser Homelendia Mortgage Debuts