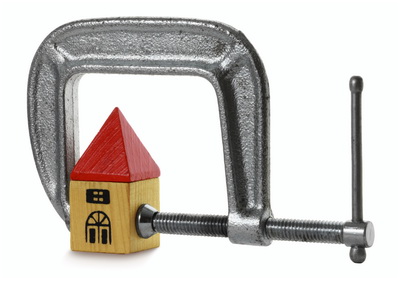 There’s no place like home. For families struggling to make their mortgage payments, as well hundreds who already lost their homes, Washington Attorney General Rob McKenna offered hope today: more than $1.8 million for local foreclosure prevention programs and cash for directly impacted consumers.
“The foreclosure prevention programs we’re funding are lifelines for Washington homeowners,” McKenna said. “Nationally, one in seven homeowners is already behind on their mortgage payments. By helping families now, we have a chance to slow rising default rates and help heal our communities.”
During a press conference today with representatives from the Washington Homeownership Resource Center, Washington State Housing Finance Commission and state Bar Association, McKenna noted that the relief arrives on the heels of a new report by state attorneys general and banking regulators that predicts a rising tide of delinquent home mortgages.
The money is part of the $150 million Bank of America will spend nationwide on foreclosure relief. It comes from a landmark settlement that Attorney General McKenna and five of his state attorney general colleagues negotiated in October 2008 concerning the unfair lending practices of Countrywide Financial. Bank of America acquired Countrywide in June 2008.
The Attorney General’s Office is allocating Washington's share of the settlement payment as follows:
►More than $925,000 in restitution to Washington residents who lost their homes. Checks are being mailed Feb. 12 to 491 Washington residents, who will each receive $1,884 to help offset the origination fees and other costs they paid when they applied for their Countrywide loans.
►Nearly $600,000 to be distributed among qualified housing counselors to provide one-on-one counseling for up to 2,300 homeowners. The grant will also fund 100 statewide Homebuyer Education seminars. The funds will enable the state to continue providing services available through the Washington State Homeownership Hotline, 1-877-894-HOME.
"The Housing Finance Commission has helped train more than 140,000 Washington residents on how to properly buy a house and avoid bad loans since 1992,” said Kim Herman, the agency’s executive director. “We have also helped more than 5,000 households avoid foreclosure through our statewide counseling network. These funds will help the commission continue both of these important efforts."
A study found that counseling clients were 60 percent more likely to avoid foreclosure than homeowners who didn’t seek counseling. They also secured loan modifications that lowered their monthly payments by $454 more than clients who received modifications without foreclosure counseling.
►$320,000 to the Washington State Bar Association to fund the Home Foreclosure Legal Aid Project, which provides pro bono legal services to homeowners facing foreclosure.
With a pool of more than 400 volunteer lawyers, the project has assisted more than 280 low- and moderate-income families in just eight months. Bar Association President Salvador A. Mungia attributed its success to unprecedented partnerships with the Northwest Justice Project and housing counselors statewide.
“This effort is about Washington families at risk of losing their homes and getting them legal help they need when they need it,” Mungia said. “This is a community effort. We're proud to be part of the solution to the foreclosure crisis and inspired by the Washington legal profession's commitment to public service.”
He said the new funding will allow the project to increase statewide outreach, strengthen collaborative efforts and train and support more volunteer lawyers.
►$10,000 for data analysis to assist the State Foreclosure Prevention Working Group. This multistate group of attorneys general and financial regulators collects loan data from non-federal servicers and publishes reports on the effectiveness of loan modification efforts.
Under its agreement with Washington and 39 other states, Bank of America also agreed to modify loan terms for qualifying Countrywide sub-prime borrowers. The most recent statistics show that as of September 2009, 2,295 Washington borrowers have received modifications with expected savings of more than $37.7 million in principle and interest payments.
Ultimately, nearly 10,000 Washington homeowners are expected to receive about $200 million in loan payment relief. In addition, Washington residents have received $500,000 in relocation assistance.
Bank of America/Countrywide also agreed to stop offering pay-option, adjustable-rate mortgages and significantly curtail offering “low-documentation” and “no-documentation” loans.
“Our settlement also addresses future loans, so generations of homeowners can live the American dream instead of a refinancing nightmare,” McKenna said.
For more information, visit www.atg.wa.gov/countrywide.aspx or www.countrywidesettlementinfo.com.