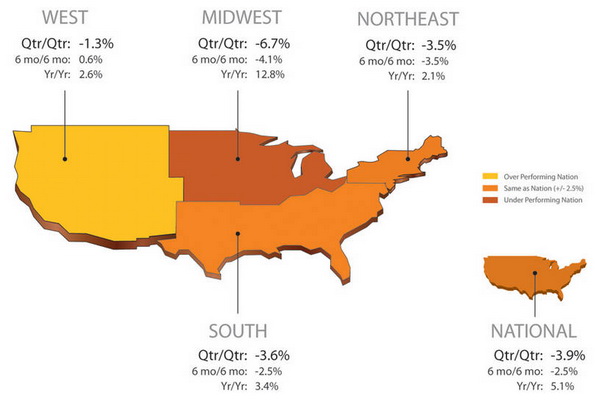 ►
Metropolitan Statistical Area (MSA) drilldown: Major markets in the West continued to improve, where seven of 15 of the highest performing markets are located in California. The West region is generally not experiencing the sharp upticks in REO saturation and solid drops in quarterly prices seen in other parts of the country.

►
Micro market analysis: Despite signs of recovery in the latter half of 2009, the Minneapolis area returned to quarterly price declines this winter (-3.6 percent). Some previously troubled Minneapolis micro markets, however, have experienced steep price increases of late.