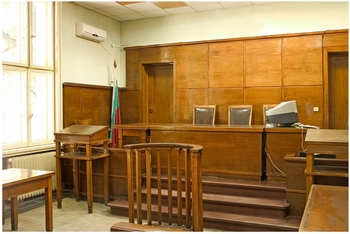 Matthew A. Kim of Alexandria, Va., has pled guilty to engaging in mortgage fraud as a loan broker for two local mortgage companies. Neil H. MacBride, United States Attorney for the Eastern District of Virginia; Shawn Henry, Assistant Director in Charge of the FBI Washington Field Office; and Daniel S. Cortez, Inspector in Charge of the Washington Division of the United States Postal Inspection Service, made the announcement after the plea was accepted by United States District Judge Gerald Bruce Lee. Kim has pled guilty to one count of bank fraud and faces a maximum penalty of 30 years in prison and full restitution when he is sentenced on Nov. 22, 2010. According to a statement of facts filed with his plea agreement, Kim was a loan processor and mortgage broker with Alda Home Mortgage in Annandale, Va., from 2002 until 2006. While at Alda Home Mortgage, Kim falsified loan applications for underqualified borrowers, using phony W-2s and phony bank statements to support the borrowers’ inflated income and bank account figures. In 2007, using the same deceptive practices, Kim began originating fraudulent loans at Onyx Financial Services, also in Annandale. In total, at both Alda Home Mortgage and Onyx Financial Services, Kim’s fraudulent practices brought about mortgage losses of approximately $1.9 million to a number of financial institutions. This case was investigated by the FBI Washington Field Office and the United States Postal Inspection Service. Assistant United States Attorneys Stephen P. Learned and Edmund P. Power prosecuted the case on behalf of the United States. For more information, visit www.usdoj.gov.
Link copied
Coming Up See All
Jun
22
Chicago Mortgage Originators Expo
Countryside, IL
Jul
06
Ultimate Mortgage Expo
New Orleans, LA
Jul
13
Carolinas Connect Mortgage Expo
Charlotte, NC
Get the Daily
Advertisement
Advertisement
C-Suite Strategies
Eye, Eye Sir