The Mortgage Bankers Association (MBA) expects to see mortgage originations fall from an estimated $1.4 trillion in 2010 to slightly under $1 trillion in 2011. The drop will be driven by a decline in refinance originations, but the industry will see an increase in purchase originations. The economy will grow at a slow pace but with no significant job growth until 2011. The increase in purchase originations will be driven by modest increases in home sales and stabilizing home prices. In contrast, MBA refinance originations are expected to fall steadily as mortgage rates gradually increase throughout 2011 and 2012. "Economic growth in 2010 has been subdued and this trend will likely continue for most of 2011. Households remain cautious given the weak job market. On top of that, uncertainty regarding tax rates for next year, and the potential for tax withholding to increase at the beginning of the year, lead us to forecast that consumer spending will remain weak, particularly in the first half of 2011," said Jay Brinkmann, MBA's chief economist and senior vice president for research and economics. "Various factors are driving our rate forecast. The sluggish economy, weak private demand for debt financing, and low inflation are keeping downward pressure on rates. Offsetting that, however, is the large increase in government financing needs and the impact the weakening dollar has on foreign investors in U.S. debt," said Brinkmann. "In addition, there is much speculation surrounding what the Federal Reserve will do in terms of additional monetary policy actions to stimulate growth. FOMC participants, in their respective speeches over recent weeks, have communicated different perspectives on the issue. At this point, we think the most likely scenario is that the Fed will purchase additional Treasury securities, but that the market has already priced these anticipated actions into today's rates. In other words, absent some blockbuster post-election announcement from the Fed on Nov. 3, we do not expect to see a further decline in rates." Following are the key points of the latest MBA forecast: ►Real GDP growth will be 2.2 percent in 2010, although most of that was seen in the first quarter and growth is estimated to have slowed to around 1.5 percent in the third quarter and 1.9 percent in the fourth quarter. Growth is expected to be about 2.1 percent in 2011 and 3.0 percent in 2012. ►The unemployment rate will increase from the current level of 9.6 percent to 9.9 percent by the first quarter of 2011, end 2011 at 9.5 percent, then fall to 8.7 percent by the end of 2012. Mortgage delinquency and foreclosure rates should track this downward trend in the unemployment rate. ►Fixed mortgage rates are expected to average about 4.4 percent in the fourth quarter of 2010, increase to 5.1 percent by the end of 2011, and head towards 5.7 percent in 2012. Total existing home sales for 2010 will be around 8 percent lower than in 2009, despite a boost to sales in the first half from the homebuyer tax credit program. Existing home sales are projected to increase modestly in 2011, increasing by a little less than 2 percent, before increasing by about 16 percent in 2012. ►New home sales for 2010 will be down by about 13 percent relative to 2009. We estimate that new home sales bottomed in the third quarter of 2010 and will begin a slow recovery in 2011, increasing around 20 percent from a low base, and then increasing 40 percent in 2012 as markets recover. ►FHFA's national repeat transactions home price measure will continue to decline before starting a reversal in early 2012, but will vary by state and home value. Median home prices should increase in 2011 relative to 2010, and the markets for higher-priced homes should continue to thaw. Purchase-only indexes like the Case-Shiller measure should show stabilization next year. ►Purchase originations for 2010 will be $480 billion, about 28 percent below the 2009 level of $665 billion. Purchase originations should rise about 30 percent in 2011, as existing home sales recover and home prices stabilize, and should rise again in 2012 to $877 billion. Refinance originations will end 2010 at $921 billion, a decrease of 31 percent from $1.3 trillion in 2009. Refinance activity will decrease by 60 percent in 2011 to about $370 billion as mortgage rates increase and the pool of eligible borrowers shrinks, and fall further to $310 billion in 2012 We expect that the refinance share of originations should fall from 66 percent in 2010 to 37 percent in 2011, and then 26 percent in 2012. Click here to view a breakdown of the MBA Mortgage Finance Forecast. For more information, visit www.mortgagebankers.org.
Link copied
Coming Up See All
Jun
15
The Great Northwest Mortgage Expo – Portland
Portland, OR
Jun
22
Chicago Mortgage Originators Expo
Countryside, IL
Jul
06
Ultimate Mortgage Expo
New Orleans, LA
Get the Daily
Advertisement
Advertisement
Analysis and Data
Freddie Mac AIMI Remains Steady In Q1 2021 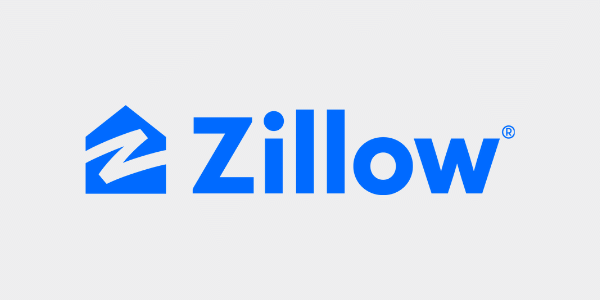