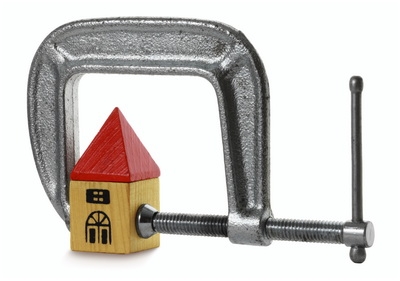 Bank of America Corporation has reported a net loss of $1.2 billion, or $0.16 per diluted share, for the fourth quarter of 2010, including a goodwill impairment charge of $2 billion in the Home Loans and Insurance Segment. Excluding the goodwill impairment charge, the company earned $756 million, or $ 0.04 per share. Results for the most recent quarter also include a $4.1 billion provision expense for outstanding and future mortgage repurchase claims, including the previously announced $3 billion related to the government-sponsored enterprises (GSEs). Also included in the company's fourth-quarter results are $1.5 billion in litigation expenses, excluding fees paid to external legal service providers, primarily in the company's consumer businesses, and lower sales and trading revenues. These factors were partially offset by the continued reduction in credit costs, approximately $360 million in net gains from the sale of non-core assets, and a $1.2 billion income tax benefit from a valuation allowance release. For the year, Bank of America had goodwill impairment charges of $12.4 billion, which resulted in a net loss of $2.2 billion, or $0.37 per diluted share. Excluding the goodwill impairment charges, the company earned $10.2 billion, or $0.86 per diluted share. Home loans and insurance reported a full-year net loss of $8.9 billion for 2010 primarily due to $6.8 billion in representations and warranties expense and a $2 billion goodwill impairment charge. Revenue declined by $6.3 billion, or 37 percent, driven by an increase of $4.9 billion in representations and warranties expense and a $1.2 billion decline in mortgage production revenue. The decline in production revenue was primarily due to a decline in loan volumes, reflecting a drop in the overall size of the mortgage market. "Last year was a necessary repair and rebuilding year," said President and Chief Executive Officer Brian Moynihan. "Our results reflect the progress we are making at putting legacy— primarily mortgage-related—issues behind us. We earned $10.2 billion before goodwill impairment charges, rebuilt our capital positions, reduced the risk on our balance sheet, and shed more than $19 billion in assets that didn't directly serve customers and clients. Provision for credit losses decreased $2.8 billion driven by improving portfolio trends including a lower reserve addition for the Countrywide purchased credit-impaired home equity portfolio. Excluding the goodwill impairment charge, non-interest expense increased $1.5 billion from a year ago due to higher litigation expenses and an increase in default-related servicing expenses, partially offset by lower production expense and insurance losses. The fourth-quarter 2010 net loss of $5 billion compared to a net loss of $1 billion in the fourth quarter of 2009. The increase was primarily due to representations and warranties expense of $4.1 billion in the fourth quarter of 2010, which includes $3.0 billion related to the previously announced GSE agreements as well as adjustments to the representations and warranties liability for other loans sold directly to the GSEs and not covered by those agreements. Excluding the $2.0 billion goodwill impairment charge, Home Loans and Insurance net loss was $3.0 billion for the fourth quarter of 2010. "We enter 2011 with the best customer franchise in the business against a backdrop of an improving economy," said Moynihan. "Full economic recovery depends on housing market stability. We will return value to shareholders by focusing on customers and clients, continuing to build capital, and executing our strategy." Bank of America believes that it has addressed its remaining exposure to repurchase obligations for residential mortgage loans sold directly to the GSEs through the $3 billion increase in representations and warranties provision referred to above. The calculation of the provision incorporates historical experience with the GSEs and certain assumptions regarding home prices and other economic matters, and future provisions for representations and warranties may be affected if the actual results are different. Since the start of 2008, Bank of America and previously Countrywide have completed nearly 775,000 loan modifications with customers. During the fourth quarter, 76,000 loan modifications were completed, including 25,000 consumers who converted from trial modifications under the U.S. government's Making Home Affordable Program. The fourth-quarter numbers represented a 69 percent increase from total modifications in the fourth quarter a year ago. For more information, visit www.bankofamerica.com.
Link copied
Published
Jan 21, 2011
Coming Up See All
Sep
29
How to Win with Non-Delegated Correspondent - Key Insights on the Model and Fulfillment Solutions
Webinar
2:00 PM ET
Oct
06
How to Use Credit as A Strategic Tool to Attract More Leads, Make Better Offers and Close More Loans
Webinar
2:00 PM ET
Oct
11
California Mortgage Expo – SF/Oakland
San Francisco, CA
Get the Daily
Advertisement
Advertisement
Regulation and Compliance
Fannie Mae Names Almodovar Its New CEO