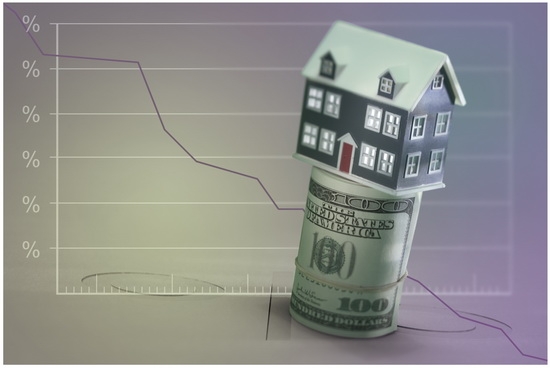 Freddie Mac has released the results of its fourth quarter 2010 cash-out refinance analysis, which has found that in the fourth quarter of 2010, 46 percent of homeowners who refinanced their first-lien home mortgage lowered their principal balance by paying-in additional money at the closing table. This is the highest “cash-in” share since Freddie Mac began keeping records on refinancing patterns in 1985. The revised cash-in share in the third quarter was 35 percent. “Cash-out” borrowers, or those who increased their loan balance by at least five percent, represented 16 percent of all refi loans; this is the lowest cash-out share since the analysis began in 1985. The revised third quarter cash-in share was 18 percent. The average cash-out share over the past 25 years has been 62 percent. “Early in the fourth quarter mortgage rates on 30-year fixed-rate conforming loans were at very low levels, the likes of which haven’t been seen in more than 50 years," said Frank Nothaft, Freddie Mac vice president and chief economist. "This encouraged borrowers who could do so to refinance, and many looked at their other investment options and chose to pay down a bit of their mortgage at the same time." The low cash-out refinancing activity coupled with higher cash-in share brought the net dollars of home equity converted to cash to the lowest level in more than a decade. In the fourth quarter, an estimated $6.8 billion in net home equity was cashed out during the refinance of conventional prime-credit home mortgages, down from $8.2 billion in the third quarter. After adjusting for inflation, the cash-out volume was the lowest since the first quarter of 1997. Over 2010, about $32 billion was cashed out of home equity on net, compared with $318 billion during the peak year of 2006. The 2010 volume was the smallest inflation-adjusted annual amount since 1997. “Consumers are generally shedding debt, and mortgages are just another way they’re doing it," said Nothaft. "Between 2007 and the third quarter of 2010, mortgage debt declined more than $400 billion, according to the Fed. The estimated volume of net equity cashed out in our report do not account for the homeowners who have paid off their mortgages in their entirety.” Refinancing has been harder in recent years for both regular rate and term refinancings (to lower payments) and cash-out refinancing due to tighter underwriting standards and declines in home values. Among the refinanced loans in Freddie Mac’s analysis, the median appreciation of the collateral property was a negative three percent over the median prior loan life of 4.1 years. The median interest rate reduction was about 1.25 percentage points, or a savings of 22 percent in interest costs. Over the first year of the refinance loan life, these borrowers will save over $1,850 in principal and interest payments on a $200,000 loan. These estimates come from a sample of properties on which Freddie Mac has funded two successive conventional, first-mortgage loans, and the latest loan is for refinance rather than for purchase. The analysis does not track the use of funds made available from these refinances. The analysis also does not track loans paid off in entirety, with no new loan placed. For more information, visit www.freddiemac.com.
Link copied
Published
Feb 01, 2011
Coming Up See All
Feb
14
Texas Mortgage Roundup — Austin
Austin, TX
Mar
01
Atlanta Mortgage Expo
Atlanta, GA
Mar
15
Mid-South Mortgage Expo
Nashville, TN
Get the Daily
Advertisement
Advertisement
Operations
First American Financial Acquires 1031 Solutions