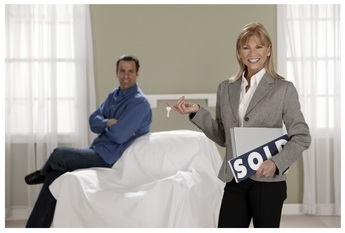 New York State home sales in the first quarter of 2011 lagged behind last year’s federal tax credit-driven market, falling off by nearly five percent, according to preliminary single-family sales data accumulated by the New York State Association of Realtors (NYSAR). The statewide median sales price increased by more than five percent from the first quarter of 2010. “The slowing in sales from the start of last year was not unexpected given the absence of the federal tax incentive,” said Duncan R. MacKenzie, New York State Association of Realtors (NYSAR) chief executive officer. “However, there is positive news to be found in the double-digit sales growth from the first quarter of 2009 and the continued median sales price growth. Realtors throughout the state are reporting an increased interest from consumers, which may help build the spring market.” New York Realtors sold 13,623 existing single-family homes during the first quarter of 2011, a decrease of 4.9 percent from the 2010 first quarter, but an increase of 13.4 percent from the 2009 first quarter. The March 2011 sales total of 4,989 represents a 22-percent increase from February 2011 and a 9.7 decrease from March 2010. “New York’s Realtors are calling for the Assembly to pass Gov. Andrew Cuomo’s two percent property tax cap as the next logical step to provide meaningful relief to the Empire State’s overburdened property taxpayers,” MacKenzie said. “We’re urging all New Yorkers to help ‘Cap That Tax’ by visiting www.taxcapny.com to learn more about the tax cap and ask their representatives in Albany to pass the governor’s proposal.” The 2011 first quarter median sales price of $226,600 represents an increase of 5.4 percent from the 2010 first quarter and a 4.4 percent hike from the 2010 fourth quarter. The March statewide median sales price of $215,000 represented a decrease of 10.4 percent from the February median of $240,000, but was 7.5 percent above the March 2010 median sales price of $200,000.
Link copied
Published
May 12, 2011
Coming Up See All
Feb
14
Texas Mortgage Roundup — Austin
Austin, TX
Mar
01
Atlanta Mortgage Expo
Atlanta, GA
Mar
15
Mid-South Mortgage Expo
Nashville, TN
Get the Daily
Advertisement
Advertisement
Analysis and Data
Index: Home Price Growth Slowed Again In November