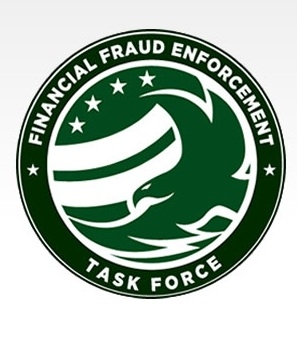 U.S. Attorney General Eric Holder has announced the appointment of Michael J. Bresnick as executive director of President Barack Obama’s Financial Fraud Enforcement Task Force. Bresnick spent the last eight years investigating and prosecuting complex fraud cases at the federal level. Bresnick began his career as a federal prosecutor in 2003 as an assistant U.S. attorney in Philadelphia, where he prosecuted a variety of criminal cases, including financial fraud, healthcare fraud, public corruption and Racketeer Influenced and Corrupt Organization Act (RICO) offenses. “I am pleased that Michael will bring his wealth of experience and energy to this critical mission,” said Attorney General Holder. “The task force is a powerful weapon in the Department of Justice’s ongoing battle against financial fraud like mortgage scams, Ponzi schemes and other predatory behaviors that victimize our families, friends and neighbors and wreak havoc on our financial system.” Most recently, Bresnick worked in the Criminal Division of the U.S. Department of Justice (DOJ) as an assistant chief in the Fraud Section. In that capacity, Bresnick supervised a team of attorneys in the Financial Institution and Public Sector Unit, which investigates and prosecutes a broad range of financial crimes, including mortgage fraud and bank fraud. “I am excited about this opportunity and am looking forward to working with Attorney General Holder, Deputy Attorney General Cole and the task force members to continue the important business of combating financial fraud on behalf of the American people,” said Bresnick. “We will build on the accomplishments of the past two years and work proactively with our federal, state and local partners to identify new financial fraud schemes that hurt consumers and threaten the safety and soundness of our financial institutions.” Before he began his career as a federal prosecutor, Bresnick worked for five years in the New York office of the law firm Weil, Gotshal & Manges LLP where his practice focused on white collar crime and business litigation. Bresnick clerked for Judge Conrad K. Cyr of the United States Court of Appeals for the First Circuit as well as Judge Morton A. Brody of the United States District Court for the District of Maine. He earned his law degree from the University of Maine School of Law and his bachelor’s degree from Bowdoin College.
Link copied
Published
Dec 09, 2011
Coming Up See All
Dec
09
California Mortgage Expo – Irvine
Irvine, CA
Jan
13
Non-QM Summit
Uncasville, CT
Jan
14
New England Mortgage Expo
Uncasville, CT
Get the Daily
Advertisement
Advertisement
Industry News
loanDepot And mellohome's 'Grand Slam' Experience Builds Momentum