Three Busted for Defrauding the VA 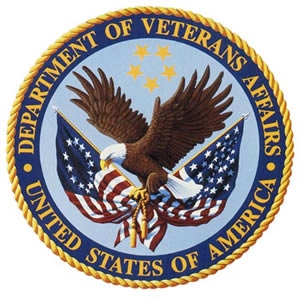 A Rockford, Ill., grand jury has indicted a former residential sales manager and two former contractors of a Florida property management company in connection with housing repair contracts for the U.S. Department of Veterans Affairs (VA). The 10-count indictment filed in U.S. District Court in Rockford has charged Ryan J. Piana, Ronald B. Hurst and Bryant A. Carbonell with conspiring to commit bribery and wire fraud from beginning at least as early as January 2006 continuing until as late as September 2007. Piana, Hurst and Carbonell are also charged with bribery and wire fraud. Piana is a former residential sales manager at West Palm Beach, Fla.-based Ocwen Loan Servicing LLC, and Hurst and Carbonell are former contractors for Ocwen. According to court documents, Ocwen managed foreclosed properties under contract with the VA, which guaranteed qualifying residential mortgages for veterans. Under the contract between the VA and Ocwen, if a veteran defaulted, Ocwen completed necessary repairs and re-sold the property. Proceeds from the re-sale of VA-acquired properties directly benefit the VA by reducing the cost of guaranteeing residential mortgages to veterans. According to the charges, Hurst and Carbonell paid Piana to steer housing repair work to companies affiliated with Hurst and Carbonell. Piana recruited other Ocwen employees into the scheme and paid them on behalf of himself and the other conspirators. The department said in order to execute the scheme, the conspirators sent, or caused to be sent, various transmissions via wire communication. This is the second case involving properties managed by Ocwen under contract with the VA. On Dec. 3, 2010, Benjamin K. Graves, also a former Ocwen employee, pleaded guilty in U.S. District Court in Orlando, Fla., to wire fraud in connection with the VA contract. The wire fraud charges carry a maximum penalty of 20 years in prison; the bribery charges carry a maximum penalty of 15 years in prison; and the conspiracy charge carries a maximum penalty of five years in prison. The maximum fine for each charge is $250,000. For wire fraud and conspiracy, the maximum fine may be increased to twice the gain derived from the crime or twice the loss suffered by the victims of the crime, if either of those amounts is greater than the statutory maximum fine. For bribery, the maximum fine may be increased to three times the value of the bribes, if that amount is greater than the statutory maximum fine.
Link copied
Published
Jan 20, 2012
Coming Up See All
Dec
09
California Mortgage Expo – Irvine
Irvine, CA
Jan
13
Non-QM Summit
Uncasville, CT
Jan
14
New England Mortgage Expo
Uncasville, CT
Get the Daily
Advertisement
Advertisement
Industry News
loanDepot And mellohome's 'Grand Slam' Experience Builds Momentum