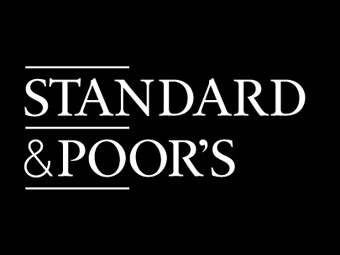 Illinois Attorney General Lisa Madigan has filed a lawsuit against Standard & Poor's (S&P) for its fraudulent role in assigning its highest ratings to risky mortgage-backed securities (MBS) in the years leading up to the housing market crash. Madigan filed her suit in Cook County Circuit Court, alleging that S&P compromised its independence as a ratings agency by doling out high ratings to unworthy, risky investments as a corporate strategy to increase its revenue and market share. The Attorney General's lawsuit alleges that S&P ignored the increasing risks posed by MBS, instead giving the investment pools ratings that were favorable to its investment bank client base and S&P's profits. "Publically, S&P took every opportunity to proclaim their analyses and ratings as independent, objective and free from its desire for revenue," AG Madigan said. "Yet privately, S&P abandoned its principles and instead used every trick possible to give deals high ratings in order to retain clients and generate revenue. The mortgage-backed securities that helped our market soar—and ultimately crash—could not have been purchased by most investors without S&P's seal of approval." AG Madigan's suit cites numerous internal e-mails and conversations among S&P employees in the run up to the housing market's crash that demonstrate the company misrepresented its ratings as objective and independent. In one such exchange, in April 2007, an online conversation via a company-based instant messenger application revealed employees discussing S&P ratings compared to the reality of risk involved, with an employee stating an investment "could be structured by cows and we would rate it." Madigan said investors relied on S&P ratings because they were historically rooted in the agency's purported independence and objectivity. S&P's internal code of conduct states its goal to "promote investor protection by safeguarding the integrity of the rating process." But, the Attorney General's lawsuit cites congressional testimony by a former managing director of S&P who revealed that "profits were running the show," with ratings being assigned to risky investments to help drive profit margins for their clients. S&P, a subsidiary of McGraw-Hill Companies, is one of the nation's largest credit ratings agencies responsible for independently rating risk on behalf of clients and investors. Madigan said in the run up to the financial crisis, S&P consistently misrepresented the risk of MBS, assigning these securities its highest seal of approval—or AAA rating. This misrepresentation spurred investors to purchase securities that were far riskier than their ratings revealed. Madigan led an earlier lawsuit against Countrywide, which resulted in a nationwide $8.7 billion settlement in 2008 over the company's predatory lending practices. The Attorney General also reached a $39.5 million settlement with Wells Fargo over the bank's deceptive marketing of Pay Option ARMs, and in 2006, Madigan obtained more than $10 million in restitution for Illinois homeowners as part of a $325 million multi-state settlement with Ameriquest over the former mortgage giant's deceptive sales of predatory sub-prime mortgages.
Link copied
Published
Jan 27, 2012
Coming Up See All
Dec
01
How to Qualify Foreign National Borrowers with Acra Lending’s Investor Cash-Flow Program
Webinar
1:00 PM ET
Dec
02
Certified Military Home Specialist Course - Basic Training
Webinar
11:00 AM PT / 2:00 PM ET
Dec
07
OriginatorTech
Virtual
•
11:00 AM ET
Get the Daily
Advertisement
Advertisement
Analysis and Data
Pending Home Sales Rise In October After September Dip