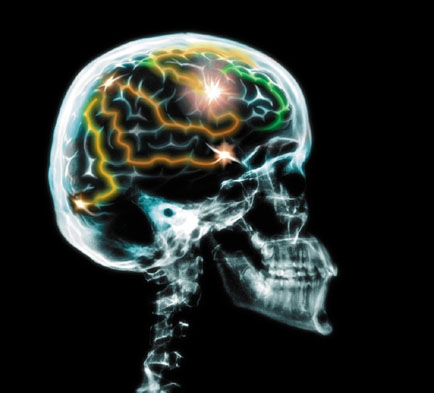 It’s no secret to anyone that we’ve been on a wild ride over the last few years in our industry. With 2011 quickly winding down, we’re facing yet another New Year right around the corner. So how was your 2011? Did the six inches between your ears help or hurt your business? Looking back, did you meet or exceed your goals set earlier in the year? What do you expect for 2012? There are two typical ways people address these questions … they either ignore their failure to meet goals and continue with business as usual, or they continue to adapt and innovate with new market opportunities and goals to crush. I was recently watching “Modern Family” (which is a great show by the way) and the episode was about the “realists” and the “dreamers” of the family. There were members of each family that felt as though other family members were holding them back by their negative perception. The family broke apart into “teams” and there was a debate about the possibility of sending a pumpkin 100 yards with a sling shot. Of course, the debate thickened and they had to prove each other wrong by heading to the football field and testing the theory. The dreamers teamed up to take on the pumpkin tossing challenge while the realists stood on the sidelines shaking their heads. This analogy is a little silly, but really does put things into perspective. There is a distinct difference between each person and how they perceive information and challenges (such as the ones we’ve faced in our industry). I’ve found that many who claim to be realists are, in reality, predominantly pessimists. They usually do not even realize they’re holding themselves back by challenging the possibilities, similar to good ideas without action. Many of these pessimists also view optimists similar to how this show portrayed them as “dreamers.” We can never assume that just because someone is optimistic, that they are also naïve or ignorant. An unrealistic or uninformed optimist definitely could use a little dose of reality, but an informed optimist is a force to be reckoned with. The optimist sees the glass as half full, while the pessimist sees the glass as half empty. The realist just sees a glass of water. You’ll find that anyone you talk with working in the mortgage industry lately has one view or another. They definitely don’t see just a glass of water. There are primarily pessimists and optimists in our world. Now I’m not saying that a true realist cannot adapt, change and survive. What I am saying is that in order to truly succeed in our industry, being a true realist isn’t enough. You owe it to the future of your business to choose the path that yields the highest dividends, which is the path of the informed optimist. Start 2012 prepared to take on any challenge with a different perspective and with NO LIMITS. Tip of the month To have a successful 2012 you must have a vision. Take a half or full day off in December dedicated only to strategic 2012 business planning. If you don’t schedule the time, you’ll find yourself blind in January. Andy W. Harris, CRMS is president and owner of Lake Oswego, Ore.-based Vantage Mortgage Group Inc. and 2010-2011 president of the Oregon Association of Mortgage Professionals. He may be reached by phone at (877) 496-0431 or e-mail [email protected] or visit AndyHarrisMortgage.com.
Link copied
Published
Jan 30, 2012
Coming Up See All
Dec
07
OriginatorTech
Virtual
•
11:00 AM ET
Dec
09
California Mortgage Expo – Irvine
Irvine, CA
Jan
13
Non-QM Summit
Uncasville, CT
Get the Daily
Advertisement
Advertisement
Industry News
Manufactured Housing: The New Affordable Alternative