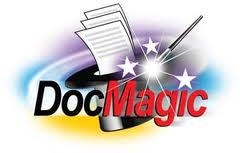 DocMagic Inc. has announced that it has teamed with the 315th U.S. Army Tactical Company to distribute this year's new DocMagic Bunny "Sergeant Doc" to local children and their families. The bunny is dressed in regulation military clothing as a tribute to the men and women who serve this country and the families that eagerly wait for their return. Each year, DocMagic delivers thousands of bunnies to its customers. The DocMagic Bunny is a staple of the company's brand and every year the employees at DocMagic participate in a contest to pick the theme. For 2012, the employees overwhelmingly chose to show support for our country's troops by outfitting Doc in regulation military fatigues proudly displaying the American flag and equipping him with a GPS device. "Sergeant Doc was specifically created to honor the men and women who serve in the armed forces," said Dominic Iannitti. "They and their families make enormous sacrifices and we wanted to show our appreciation. We are pleased that the 315th U.S. Army Tactical Company was able to help connect us with the families of those who serve. We are additionally gratified by the enthusiastic response from our customers, who have phoned and written to thank us for honoring our nation's true heroes." With the help of the 315th, Sergeant Doc is being distributed to schools, youth organizations, churches and parks as well as the children and families of those deployed. These contributions are in keeping with the finest military traditions of the United States Army, which greatly appreciates the support of companies like DocMagic. The campaign began during the holiday season and is now continuing into the New Year.
Link copied
Published
Feb 21, 2012
Coming Up See All
Dec
01
How to Qualify Foreign National Borrowers with Acra Lending’s Investor Cash-Flow Program
Webinar
1:00 PM ET
Dec
02
Certified Military Home Specialist Course - Basic Training
Webinar
11:00 AM PT / 2:00 PM ET
Dec
07
OriginatorTech
Virtual
•
11:00 AM ET
Get the Daily
Advertisement
Advertisement
Sales and Marketing
Is The Fabled Rainy Day Here?