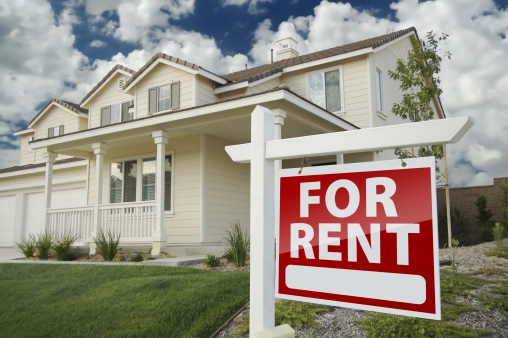 Median rent prices rose three percent from January 2011 to January 2012, but home values continued to fall, declining 4.6 percent during that period, according to the January Zillow Real Estate Market Reports. The Zillow Rent Index (ZRI) showed year-over-year gains for 69.2 percent of metropolitan areas covered by the ZRI. By contrast, only 7.3 percent of metro areas covered by the Zillow Home Value Index (ZHVI) saw home values rise. In some large markets, rents rose almost as much as values fell. In the Chicago metro, the ZRI rose 9.1 percent year-over-year, while home values fell 10.4 percent during the same period. In the Minneapolis-St. Paul metro, rents rose 11 percent and home values fell 8.1 percent. "The flourishing rental market is the silver lining to the nation's housing downturn," said Zillow Chief Economist Dr. Stan Humphries. "We haven't had a good way to quantify what is happening with rental rates until now, and the inaugural Zillow Rent Index shows us a healthy and growing rental market across the majority of the country, even as home values continue to fall." In the short term, national monthly rents declined slightly from December 2011 to January 2012, falling 0.3 percent to $1,218. Home values fell 0.5 percent during the same period to $146,200. Additionally, foreclosures ticked up slightly in January, when lenders foreclosed 8.4 out of every 10,000 homes. That was up from December, when 8.1 out of every 10,000 homes were foreclosed. Foreclosure re-sales also rose on both a month-over-month and year-over-year basis. Nearly one-in-five (19.5 percent) of homes sold in January were foreclosure re-sales. "While it seems that rents are rising at the expense of home values, the opposite is true. A thriving rental market will stimulate home sales as investors snap up low-priced inventory to convert to rentals," said Dr. Humphries. "That, in turn, will lower the number of homes on the market, which will eventually help put a floor under the value of all homes. Moreover, rising rents increase demand as buying becomes more attractive than renting because of low purchase prices and higher rents."
Link copied
Published
Mar 13, 2012
Coming Up See All
Dec
01
How to Qualify Foreign National Borrowers with Acra Lending's Investor Cash-Flow Program
Webinar
1:00 PM ET
Dec
02
Certified Military Home Specialist Course - Basic Training
Webinar
11:00 AM PT / 2:00 PM ET
Dec
07
OriginatorTech
Virtual
•
11:00 AM ET
Get the Daily
Advertisement
Advertisement
Analysis and Data
Forbearance Exits Mount, But Foreclosure Activity Remains Muted