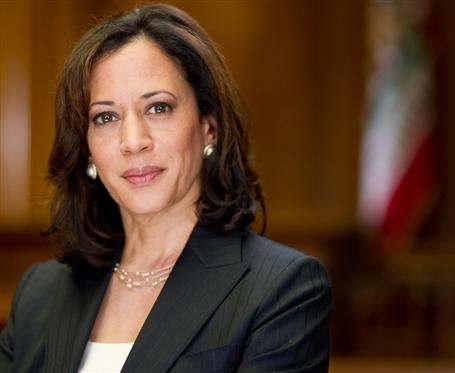 California Attorney General Kamala D. Harris has announced the appointment of Prof. Katherine Porter of the University of California, Irvine School of Law as the California monitor of the commitment by the nation's five largest banks to perform as much as $18 billion worth of homeowner and borrower benefits in the state. Attorney General Harris' decision to appoint a California monitor was made independent of the national settlement, and Professor Porter's role is focused exclusively on ensuring compliance in California. This California commitment is part of a national federal-state mortgage settlement penalizing robo-signing and other servicing and foreclosure misconduct that is currently pending approval in a federal court in Washington, D.C. Upon approval of the settlement, California's monitor will assist the Attorney General's office in holding the banks accountable for their commitments to the state and ensuring that the promised benefits are delivered to homeowners in full and on time. "Hundreds of thousands of California homeowners will benefit from the commitments of up to $18 billion extracted from mortgage lenders. We must enforce full and timely compliance with these commitments, and the appointment of Professor Porter as our California monitor is central to that enforcement," said AG Harris. "Professor Porter's wealth of experience and knowledge will protect the interests of homeowners and ensure the settling banks deliver on their promises." Katherine Porter is a Professor at University of California, Irvine School of Law. She specializes in commercial and consumer law, including mortgage foreclosures and bankruptcy, and just released a book, Broke: How Debt Bankrupts the Middle Class. In 2007, Porter authored an empirical study that offered some of the first systemic evidence of the problems in mortgage servicing that harmed homeowners. She has worked with other government entities, including the Federal Trade Commission (FTC) and the Consumer Financial Protection Bureau (CFPB), on issues relating to mortgage servicing. "I will work hard to make sure banks hold up their promises to change troubling practices so that families and communities across California see the benefits of the settlement," said Prof. Porter. "Part of repairing the damage of the mortgage crisis is restoring public confidence that our largest financial institutions will treat consumers fairly and follow the law." Upon approval of the settlement, Professor Porter will verify the extent and timeliness of lenders meeting their obligations to California homeowners. Using information obtained by the national monitor of the mortgage settlement, former North Carolina Commissioner of Banks Joseph Smith, Professor Porter will review lender filings, homeowner reports and complaints, and other compliance documents to ensure that benefits committed by the banks are performed and result in meaningful relief to California borrowers. She will regularly report the results of her findings to the Attorney General's Office. The appointment of Professor Porter as the state's monitor is one of a series of enforcement mechanisms to ensure transparent compliance with the national settlement and the separate California agreement. Bank of America, Wells Fargo, and JP Morgan Chase will face significant financial penalties if they do not meet their guarantee of a minimum of $12 billion in principal reductions and short sales for homeowners within the state. Unlike the larger national agreement, which is only enforceable in a federal court in Washington, D.C., the agreement reached with California empowers Attorney General Harris to enforce the penalty provisions in California state court. California secured the estimated $18 billion in borrower benefits and relief as part of a national multistate settlement to penalize robo-signing and other bank servicing and foreclosure misconduct. The agreement comes after California departed from the multistate negotiations last September when the relief to California was estimated at $4 billion. Attorney General Harris insisted on more relief for the most distressed homeowners, on stronger enforcement provisions, and that California and other states preserve key investigations into mortgage misconduct. California's separate commitment also creates important incentives to ensure that banks will reduce the principal mortgage balance of underwater homeowners in California's hardest-hit counties and that the principal reductions in these and other California communities will occur within the first year of the settlement. Professor Porter will ensure that both the California-specific and national settlements are properly implemented in the state. "The California commitment provides a path for thousands of struggling homeowners in California to retain their homes, while preserving our ability to investigate banker crime and predatory lending," said AG Harris. "This is one important stride in our ongoing efforts to address the mortgage and foreclosure crisis that has devastated too many California communities."
Link copied
Published
Mar 16, 2012
Coming Up See All
Dec
01
How to Qualify Foreign National Borrowers with Acra Lending's Investor Cash-Flow Program
Webinar
1:00 PM ET
Dec
02
Certified Military Home Specialist Course - Basic Training
Webinar
11:00 AM PT / 2:00 PM ET
Dec
07
OriginatorTech
Virtual
•
11:00 AM ET
Get the Daily
Advertisement
Advertisement
Analysis and Data
Forbearance Exits Mount, But Foreclosure Activity Remains Muted