CoreLogic Reports on Severe Weather and Its Impact on Midwestern Homeowners 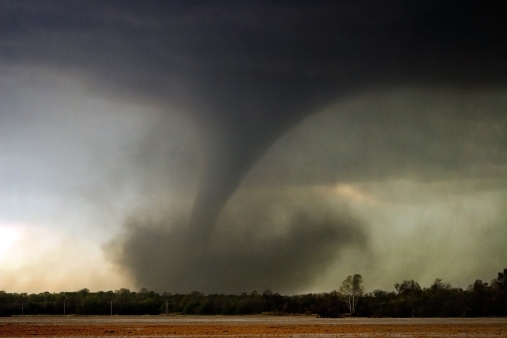 CoreLogic has released a new tornado and hail risk report that analyzes the risk associated with changing tornado and hail weather patterns outside of the narrow corridor in the U.S. Midwest traditionally known as "Tornado Alley." The report, entitled Tornado and Hail Risk Beyond Tornado Alley, discusses the impact of record-breaking hazard events across the country over the last year for insurance companies and homeowners, and provides greater insight into the extent of severe tornado and hail risk in geographic regions far beyond the Great Plains states. "The extensive destruction wrought by convective storms in 2011, which produce hail, strong winds and tornados, captured the attention of the public and forced many insurance companies to rethink the way they assess natural hazard risk," said Dr. Howard Botts, vice president and director of database development for CoreLogic Spatial Solutions. "The apparent increase in the number of incidents and shift in geographic distribution of losses that occurred last year in the U.S. called the long-held notion of risk concentration in Tornado Alley into question, and is leading to changes in risk management policy and procedure." Tornado Alley is typically considered to encompass mainly the Great Plains states and surrounding areas, spanning Texas, Oklahoma, Kansas, Nebraska, Colorado, North Dakota, South Dakota and Illinois. For that reason, many of the severe weather events that occurred outside of the Midwest in 2011, like the "Super Outbreak" of tornados that devastated much of Arkansas, Mississippi, Alabama and even Virginia, were seen as an anomaly. According to CoreLogic, however, historical data suggests that the frequency and severity of storms is much more widespread than commonly believed. Among key findings, the CoreLogic tornado and hail report notes: ►The perceived dramatic increase in the frequency and severity of tornado and hail events in recent years could be attributed to a number of factors, including improved observational tools, broadened geographic distribution of modern Doppler radar stations, population growth and migration to suburban areas. ►24/7 disaster news reporting via television, online coverage and social media have greatly affected public awareness and likely heightened sensitivity to severe weather events in recent years. ►There is growing scientific evidence that there has been an increase in the actual number of severe weather outbreaks as the result of rising global temperatures. ►Actuarial analyses of claims losses associated with severe weather events in 2011 will likely cause many insurers and enterprise risk managers to approach state Department of Insurance Commissioners with rate change requests in 2012. ►Tornado risk actually extends across most of the eastern half of the U.S. rather than being confined to the Midwest. According to data from the National Oceanic and Atmospheric Association (NOAA), of the top 10 states with the highest number of tornado touchdowns between 1980 and 2009, only three actually fell within Tornado Alley. ►At least 26 states have some area facing extreme tornado risk. ►Estimated property damage within the Tornado Alley states from 2000-2011 was approximately $2.5 billion, while in comparison, the 16 states located outside of Tornado Alley with the next highest numbers of tornado touchdowns totaled nearly $15.5 billion in property damage. Those states range from Illinois and Ohio to Mississippi and Alabama, extending as far north as parts of Minnesota and as far south as Florida. ►At least 11 states have significant areas facing extreme hail risk, and almost every state east of the Rocky Mountains has some area facing a moderate or higher level of hail risk. ►The area of highest hail risk extends outward from the central Great Plains to include states as far east as Georgia and the Carolinas. ►Hail storms in the Tornado Alley region caused approximately $4.3 billion in property damage and nearly $1 billion in crop damage between 2000-2011. The 16 states with the next highest amounts of hail damage outside of Tornado Alley revealed about $3.2 billion in property damage and $400 million in crop damage over the same time period. Those states span as far west as New Mexico and as far east as South Carolina and Georgia. The maps and analysis included in the tornado and hail risk report were generated using the recently launched proprietary CoreLogic property-level risk assessment tools, Wind Probability and Hail Probability. These analytics were designed to provide insurers with a unique level of spatial and content granularity for tornado and hail risk. Unlike most generalized wind and hail data, which provide a risk rating for large geographical areas, the CoreLogic risk model uses 10 x 10-kilometer (6.2 x 6.2 miles) grid cells to pinpoint and predict the probability of a wind or hail event occurrence. The scientific models used to develop the data layers produce more precise results than other products that base their calculations on ZIP codes or counties.
Link copied
Published
Mar 26, 2012
Coming Up See All
Dec
07
OriginatorTech
Virtual
•
11:00 AM ET
Dec
09
California Mortgage Expo – Irvine
Irvine, CA
Jan
13
Non-QM Summit
Uncasville, CT
Get the Daily
Advertisement
Advertisement
Industry News
Manufactured Housing: The New Affordable Alternative