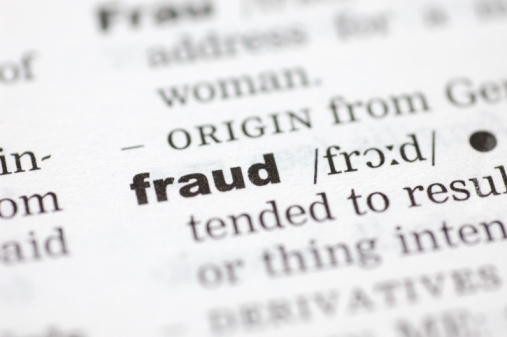 Interthinx has released its annual Mortgage Fraud Risk Report, which highlights some of the most significant mortgage fraud trends based on analysis of loan applications processed in 2011 by the Interthinx FraudGUARD system. According to the annual report, the Employment/Income Fraud Risk Index rose 14 percent during 2011 and has been on an upward trend for more than two years for a total increase of more than 45 percent. The Employment/Income Fraud Risk Index is particularly high for investor loans with an index of 310, which is almost three times the overall index value of 111 and is highest for high-value properties. The fraud hot spots for 2011 are very similar to those observed in 2010. The top six states with the highest overall levels of mortgage fraud risk in 2010 were again the riskiest six states in 2011 (see chart below). Mortgage fraud risk remained consistent from 2010 to 2011 in the Metropolitan Statistical Areas (MSAs) as well, with 16 of the 20 riskiest MSAs repeated from the previous year. This alarming degree of persistence suggests that it is going to be a long road back for these MSAs and states. They are all experiencing high levels of foreclosure activity, and the predominant mortgage fraud schemes center on distressed borrowers and properties.   Nevada has the highest mortgage fraud risk in the nation, with a risk index value at 245, 99 points higher than the national mortgage fraud risk index of 146. Over the last eight years, Nevada has experienced a cycle of fraud leading to an artificial boom followed by a devastating bust resulting in the largest house price declines, unemployment rates, and foreclosure rates in the nation. High fraud risk, associated in particular with foreclosure and short sale schemes, contributed to Nevada retaining its position as the state with the highest mortgage fraud risk in the country for the third consecutive year. The entire Chicago MSA saw a dramatic decrease in high-risk transactions in 2011, with its risk index value falling from 174 in the first quarter to 146 in the fourth quarter. Increased media and lender scrutiny of fraud in these geographies may have played a role in this dramatic change.   Five of the six New England states experienced large changes in fraud risk between 2010 and 2011. Rhode Island, Massachusetts, and New Hampshire are among the four states with the largest risk decreases, while Vermont and Connecticut both experienced large increases in fraud risk. This dichotomy could be caused by the movement of fraudsters between neighboring regions as they identify areas ripe for exploitation. Maine remained in the five lowest-risk states. The rise in the Employment/Income Fraud Risk Index over the past two years is likely the result of the decline in house prices being outpaced by the decline in the income of working households combined with more stringent underwriting and documentation requirements. Loan applications for investment properties continue to have very high fraud risk compared with owner-occupied properties. “Keeping our guard up as risk profiles shift requires our industry to think as creatively as the criminals,” said Kevin Coop, president of Interthinx. “That’s only possible when lenders have access to the best data and analytics available. By identifying risky correlations, such as high employment/income fraud risk on loans to investors for high-value properties, or pinpointing geographic pockets of risk, we provide actionable intelligence that lenders can use to mitigate risk. I’m proud that our Mortgage Fraud Risk Report has become an essential tool for industrywide mortgage fraud risk mitigation efforts.”
Link copied
Published
Mar 28, 2012
Coming Up See All
Dec
07
OriginatorTech
Virtual
•
11:00 AM ET
Dec
09
California Mortgage Expo – Irvine
Irvine, CA
Jan
13
Non-QM Summit
Uncasville, CT
Get the Daily
Advertisement
Advertisement
Industry News
Manufactured Housing: The New Affordable Alternative