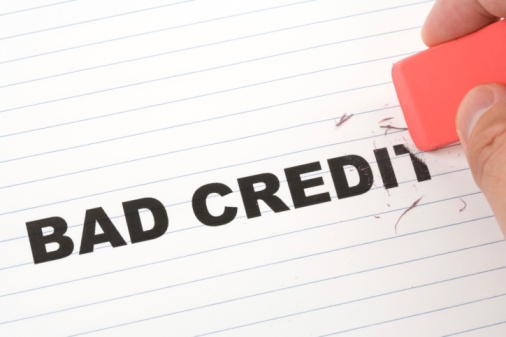 Effective April 1, 2012, Federal Housing Administration (FHA) loan credit reports must be free of most credit account disputes. One of the requirements of FHA Mortgagee Letter 2012-03 is that buyers must resolve any outstanding credit disputes of more than $1,000 on their credit report if that dispute is less than two years old. Consequently, paying down balances on disputed accounts and collections to drop the balance below $1,000 is not an acceptable resolution of accounts. Cases of identity theft (like disputes outstanding more than two years), will be exempt from the new rule. For all other credit disputes, borrowers will either have to pay the remaining balance on the account, or enter into a payment plan and make at least three payments. Payment plans will need to be documented and submitted to the FHA. Fannie Mae and Freddie Mac have had even tighter dispute resolution requirements for several years. These policies came about due to the positive impact to credit scores when a consumer enters a dispute on a derogatory account. Most credit scoring models remove disputed accounts from the credit score calculation, perhaps creating an artificially high score and exposing the lender to added risk. FHA stated they also found a correlation between credit disputes and mortgage defaults in their loan performance evaluations. With the statistical evidence on questionably higher scores and historical loan performance to support these policies, FHA joining the ranks of Fannie Mae and Freddie Mac seems logical. Do these policies, however, change the power balance in consumer business transactions? There are legitimate occurrences when a consumer needs to be able to dispute a bill when they did not pay for a product or service. If the product or service does not perform as advertised, and the merchant refuses to stand behind it, the final recourse available to the consumer is to dispute the account if it shows up on their credit report. These policies remove that final shot at redemption, and perhaps infringe upon consumer rights. The Fair Credit Reporting Act (FCRA) guarantees the consumer the right to dispute erroneous information on any account in their credit files. Once a consumer challenges that information, a notation to this effect must be made on the file, which triggers most credit-scoring systems to not factor the disputed account into the computation of the consumer's score. By demanding that all disputes be resolved, merchants have been given additional leverage when dealing with consumers to make sure payment has been received. While this is not an issue for most merchants, some may take advantage of the new leverage. When Fannie Mae and Freddie Mac created these policies years ago, Evan Hendricks, author of the book, Credit Scores and Credit Reports and publisher of Privacy Times, wrote about Fannie Mae's policy, calling it, "Extremely unfair to honest consumers who are simply doing what they should—challenging misinformation." Unfortunately, too many credit repair firms use this tactic to rip off consumers, and the lenders who have made bad loans from data skewed by consumers disputing everything negative on the credit report. And of course, as all too often occurs—a tool to help consumers with legitimate problems gets lost. Terry W. Clemans is executive director of the National Credit Reporting Association Inc. (NCRA). He may be reached at (630) 539-1525 or e-mail [email protected]
Link copied
Published
May 02, 2012
Coming Up See All
Dec
09
California Mortgage Expo – Irvine
Irvine, CA
Jan
13
Non-QM Summit
Uncasville, CT
Jan
14
New England Mortgage Expo
Uncasville, CT
Get the Daily
Advertisement
Advertisement
Industry News
loanDepot And mellohome's 'Grand Slam' Experience Builds Momentum