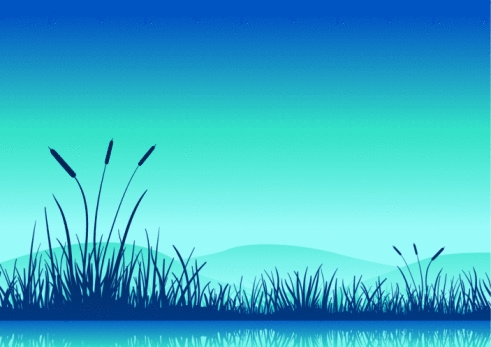 A new study released by the U.S. Fish and Wildlife Service, "Amenity Values of Proximity to National Wildlife Refuges," shows that in urban areas across three regions of the country owning a home near a national wildlife refuge increases home value and helps support the surrounding community’s tax base. The lead researcher on the report was Laura O. Taylor with North Carolina State University. According to the study, conducted for the U.S. Fish and Wildlife Service by economic researchers at North Carolina State University, homes located within half a mile of a refuge and within eight miles of an urban center were found to have higher home values of roughly: ►Seven to nine percent in the Southeast; ►Four to five percent in the Northeast; and ►Three to six percent in the California/Nevada region. Researchers based their findings on 2000 U.S. Census Bureau micro-level data. The report is the first national study to analyze national wildlife refuges’ impact on land values. “National wildlife refuges are public treasures that protect imperiled wildlife and delight visitors,” said Service Director Dan Ashe. “These findings remind us that refuges also boost community health, sometimes in unexpected ways. National wildlife refuges enrich local communities─even in a lean economy–and generate revenue.” The National Wildlife Refuge System, a network of public lands including 556 refuges and 38 wetland management districts covering more than 150 million acres, is managed by the Service. Besides providing habitat for plants and animals, many refuges offer scenic vistas, wildlife watching, cultural and educational events, and recreation such as fishing and hiking. Last year, 45 million people visited a national wildlife refuge. Calculated in 2000, the 14 refuges in the Southeast examined in the study added $122 million to local property values. The 11 refuges studied in the Northeast added $95 million. The 11 refuges studied in California/Nevada added $83 million. The researchers surmised that refuges boost property values in the selected regions because refuges protect against future development while preserving scenic vistas and other “natural amenity benefits associated with open spaces.” Researchers did not include data from the Midwest, Southwest, Central Mountains and Northwest, where refuges tend to be located further from urban centers than in the Northeast, Southeast and California/Nevada region. Most refuges in the Central Mountains and South Central portions of the country either failed to meet study criteria or were affected by factors that make assessing their impact difficult, such as their location in a river flood plain or near the border with Mexico. A 2006 analysis by the Service called Banking on Nature found that more than 34.8 million visits to refuges in fiscal year 2006 generated $1.7 billion in sales, almost 27,000 jobs, and $542.8 million in employment income in regional economies. An updated analysis is expected by 2013. “Our wildlife refuges are strong economic engines that generate and support jobs in communities across the country,” said Refuge System Chief Jim Kurth. “When President Obama signed an Executive Order earlier this year to promote travel and tourism in the United States he was affirming that investing in our refuges and promoting them to visitors—from here and around the world – can contribute to both an improved National Wildlife Refuge System and economic growth for local communities.”
Link copied
Published
Jun 01, 2012
Coming Up See All
Dec
07
OriginatorTech
Virtual
•
11:00 AM ET
Dec
09
California Mortgage Expo – Irvine
Irvine, CA
Jan
13
Non-QM Summit
Uncasville, CT
Get the Daily
Advertisement
Advertisement
Industry News
Manufactured Housing: The New Affordable Alternative