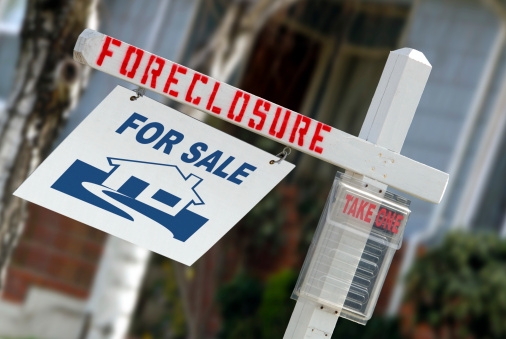 California Attorney General Kamala D. Harris has announced that the Homeowner Bill of Rights, which will protect homeowners and borrowers during the mortgage and foreclosure process, was signed into law by Gov. Edmund G. Brown Jr. The Homeowner Bill of Rights prohibits a series of inherently unfair bank practices that have needlessly forced thousands of Californians into foreclosure. The law restricts dual-track foreclosures, where a lender forecloses on a borrower despite being in discussions over a loan modification to save the home. It also guarantees struggling homeowners a single point of contact (SPOC) at their lender with knowledge of their loan and direct access to decision makers, and imposes civil penalties on fraudulently signed mortgage documents. In addition, homeowners may require loan servicers to document their right to foreclose. The laws will go into effect on Jan. 1, 2013, and borrowers can access courts to enforce their rights under this legislation. The Homeowner Bill of Rights builds upon and extends reforms first negotiated in the recent national mortgage settlement between 49 states and leading lenders. Attorney General Harris secured up to $18 billion for California homeowners in that agreement, and has also built a Mortgage Fraud Strike Force to investigate crime and fraud associated with mortgages and foreclosures. “The California Homeowner Bill of Rights will give struggling homeowners a fighting shot to keep their home,” said AG Harris. “This legislation will make the mortgage and foreclosure process more fair and transparent, which will benefit homeowners, their community, and the housing market as a whole.” The Homeowner Bill of Rights consists of a series of related bills, including two identical bills that were passed on July 2 by the state Senate and Assembly: AB 278 (Eng, Feuer, Pérez, Mitchell) and SB 900 (Leno, Evans, Corbett, DeSaulnier, Pavley, Steinberg). The California Homeowner Bill of Rights also contains a variety of bills outside of the conference committee process. These will enhance law enforcement responses to mortgage and foreclosure-related crime, in part by empowering the Attorney General to call a grand jury in response to financial crimes spanning multiple jurisdictions. Additional elements will help communities fight blight related to foreclosure, and provide enhanced protections for tenants in foreclosed homes. Please see the attached fact sheet for the status of these bills. The California Homeowner Bill of Rights was introduced Feb. 29, 2012 at a press conference featuring Assembly Speaker John A. Pérez and Senate President pro Tem Darrell Steinberg and bill authors from the Assembly and Senate. “Californians should not have to suffer the abusive tactics of those who would push foreclosure behind the back of an unsuspecting homeowner,” said Gov. Brown. “These new rules make the foreclosure process more transparent so that loan servicers cannot promise one thing while doing the exact opposite.”
Link copied
Published
Jul 11, 2012
Coming Up See All
Dec
01
How to Qualify Foreign National Borrowers with Acra Lending’s Investor Cash-Flow Program
Webinar
1:00 PM ET
Dec
02
Certified Military Home Specialist Course - Basic Training
Webinar
11:00 AM PT / 2:00 PM ET
Dec
07
OriginatorTech
Virtual
•
11:00 AM ET
Get the Daily
Advertisement
Advertisement
Analysis and Data
Pending Home Sales Rise In October After September Dip