Consumer Credit Awareness Improving, But Still Lacking in Many Areas 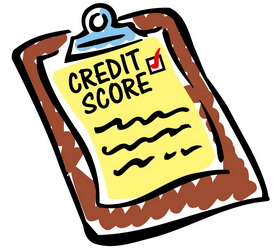 In May, the results of the second annual Consumer Federation of America (CFA) VantageScore Solutions Survey, a study measuring consumer awareness of credit scores, were released. VantageScore is the competitor to FICO Score that was created and is co-owned by the three national credit bureaus. And while Vantage Score is not used currently in the mortgage industry, they dominate some market segments like credit card underwriting. This survey was created to measure the level of consumer awareness of what their credit score is and what affects it, with the goal of improving consumer credit education. The CFA-VantageScore survey was administered to a representative sample of more than 1,000 adult Americans by phone in late April 2012 by ORC International. The survey contained many of the same questions was administered by ORC International in January 2011.
More than two-fifths of respondents (42 percent) said they had obtained or received at least one of their credit scores in the past year. Nearly half of this group said their source was a consumer or mortgage lender (45 percent) and/or a Web site using credit reports at the three main credit bureaus (49 percent). On almost all questions, those who had recently obtained a score or scores were more likely to know the correct answers than consumers who had not recently obtained their credit report.
"In the numerous consumer knowledge surveys we have undertaken over the past several decades, I have never seen such improvement from one year to the next," said Stephen Brobeck, CFA's executive director. "However, credit reports and scores are so important to consumers that they should try to improve knowledge that remains deficient in several key areas.”
The overall findings show that consumer knowledge about credit scores is improving, including that 78 percent of survey respondents were aware that they have more than one credit score. Despite large increases in some areas, the average overall score for correct answers increased three percentage points from the first CFA-VantageScore Survey in 2011.
Some key misperceptions remain and the lending industry as a whole needs to stress to consumers to become more educated about their credit history and what they can do to improve it:
►Fewer than half (44 percent) understand that a credit score typically measures risk of not repaying loans rather than amount of debt (22 percent), financial resources (21 percent), or other factors.
►Over half still think, incorrectly, that a person's age (56 percent) and marital status (54 percent) are factors used to calculate credit scores, and 21 percent incorrectly believe that ethnic origin is a factor.
Student debt is another area tackled in the survey. According to the Federal Reserve Bank of New York, more than $100 billion in student loans were taken out last year, and the total loans outstanding exceed $1 trillion, which is a staggering amount. Not only is this a matter for policy makers, but the financial toll placed on students after graduation cannot be overstated.
The survey found that only 58 percent of respondents between the ages of 18-34 correctly identified the factors related to student debt that impact credit scores. For the good of the students, and those who co-sign and are guarantors on student loans, we need to help facilitate better understanding. An important question to ask is whether financial education is addressing this issue, and whether or not those who take out student loans truly understand the implications of incurring large amounts of debt.
The improvement in consumer knowledge is a great testament to all of the industry and public interest group efforts to improve consumer credit awareness, but major work in credit education needs to be done as some of the findings are extremely concerning.
People who fail to understand the factors driving their credit score have little incentive to manage the real things that truly do make a difference, such things as paying bills on time, keeping credit card balances low, and not taking out unnecessary loans.
VantageScore and the CFA have co-created educational materials such as CreditScoreQuiz.org and CreditScoreQuiz.org/Espanol for consumers. This Web site is completely free of any marketing content and mimics the survey questions the results are from. The site is a fun tool that delivers interactive answers to each question so that consumers can inform themselves about the latest credit score information. As of this writing, more than 28,000 people have taken the quiz. For further details on the survey, please visit the Consumer Federation of America’s Web site (www.consumerfed.org) and read their press release.
Terry W. Clemans is executive director of the National Credit Reporting Association Inc. (NCRA). He may be reached at (630) 539-1525 or e-mail tclemans@ncrainc.org.