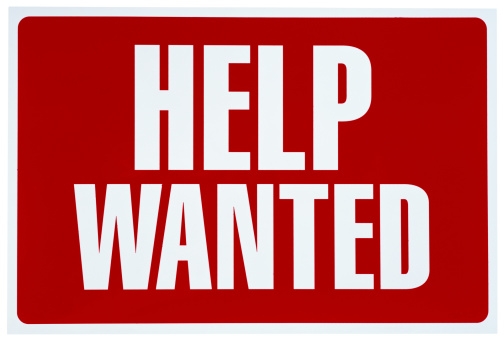 After three months of distressingly slow job growth, the pace of gains perked up again in July, back to a level consistent with the slow rate of economic growth we have come to expect, according to the Mortgage Bankers Association (MBA) Research & Economics Division. With a 163,000 net increase in non-farm payroll employment in July, anxiety levels about another recession are somewhat reduced.  However, the unemployment rate ticked up to 8.3 percent in July from 8.2 percent last month, largely a result of an increase in unemployment among those without a college degree. The report reduces the pressure on the Fed to restart quantitative easing later this year.   Treasury rates were up almost 10 basis points following the employment announcement. Since the beginning of 2012, job growth has averaged 151,000 jobs per month. This pace is consistent with a slow reduction in the unemployment rate, but the slower rate of growth we saw from April to June is decidedly not. Thus, we are not surprised that the unemployment rate has increased again, despite a continued drop in the workforce participation rate. July’s report included revisions to the numbers for May and June, with May being revised upwards from a gain of 77,000 jobs to 87,000 jobs, but June revised down from a gain of 80,000 jobs to only an increase of 64,000 jobs. Private sector job growth remains the source of the gains, with a 172,000 job pickup over the month, while there was another net decline of 9,000 government jobs, with losses at the federal, state and local levels. There were gains in both good‐producing and service‐providing private sector industries, with notable increases in durable goods manufacturing (+25,000) and professional and business services (+49,000). Employment in the construction industry declined by 1,000 jobs over the month. There was a gain of almost 6,000 jobs in residential building, but this was offset by job losses among contractors. The numbers above are seasonally adjusted. The raw numbers showed a private sector gain of only 27,000 jobs in July, compared to a gain of 20,000 jobs one year ago. Government employment fell by 1.2 million jobs over the month, compared to a drop of 1.3 million jobs last July, almost entirely due to fewer teachers being out of work during the summer. The headline unemployment rate increased from 8.2 percent in June to 8.3 percent in July, with differences by education. Among those with a college degree, the unemployment rate was steady at 4.1 percent. For those with some college or an associate degree, the rate fell from 7.5 to 7.1 percent. For those with just a high school diploma, the rate increased from 8.4 to 8.7 percent, and for those without a diploma, where the rate ticked up from 12.6 percent to 12.7 percent. The number of long‐term unemployed, those who have been looking for work for six months or more, remains quite high, at almost 5.2 million people.  However, the share of the unemployed who are in this category, now at 40.7 percent, is declining, and is down from 44.4 percent one year ago. The increase in the headline unemployment rate was matched by an increase in the U‐6 unemployment measure, which captures those who are discouraged, and have stopped looking for work, as well as employees who are working part‐time, but would like to work full‐time. This is the more important rate for real estate. The measure ticked up from 14.9 percent in June to 15 percent in July, the highest level since January, but down from 16.1 percent one year ago. This large number of unemployed or underemployed individuals will continue to keep the headline unemployment rate elevated, because if conditions improve, they will re‐enter the job market, and at least temporarily push up the headline unemployment rate measure.
Link copied
Published
Aug 03, 2012
Coming Up See All
Dec
09
California Mortgage Expo – Irvine
Irvine, CA
Jan
13
Non-QM Summit
Uncasville, CT
Jan
14
New England Mortgage Expo
Uncasville, CT
Get the Daily
Advertisement
Advertisement
Industry News
loanDepot And mellohome's 'Grand Slam' Experience Builds Momentum