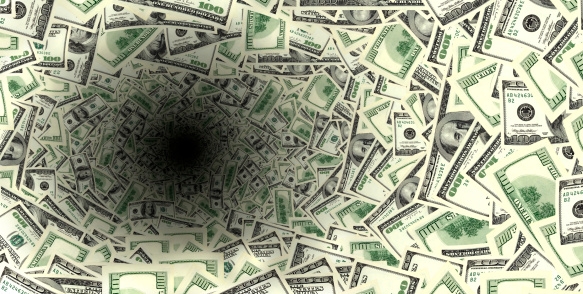 Consumers are exhibiting higher financial anxiety by holding back on spending as evident from June’s flat Personal Consumption Expenditures (PCE). The stagnation in consumer spending is consistent with the increase in the Money Anxiety Index (moneyanxiety.com) since April, when the index started trending upwards after ten months of improvement. Between April and July of this year, the Money Anxiety Index rose 1.7 to its current level of 90.9. Consumers are reacting to higher financial anxiety by halting spending, which make up over 70 percent of the U.S. economy (GDP), causing economic paralysis. The increase in consumer financial anxiety in the last few months is due to an economic uncertainty brought by a handful of adverse economic conditions. The main cause of the economic uncertainty is the rising unemployment rate, up to 8.3 percent in July, which indicates that the U.S. economy can’t create enough jobs to employ millions of job seekers. Additionally, second quarter 2012 GDP growth of only 1.5 percent compared with 2.0 GDP growth in the first quarter of this year, indicates a slowdown in the U.S. economy. Finally, the looming tax increase, or expiring tax cuts, at the end of the year are increasing financial uncertainty and anxiety among consumers and businesses. “The U.S. economy is in a state of paralysis” said Dan Geller, Ph.D. Chief Research Officer at Money Anxiety Index, “as long as uncertainty over jobs, housing, regulations and taxation remains a top of mind, consumers’ financial anxiety will stay high causing economic paralysis at best, or worse - recession.” With the exception of spending on services in June, which increased 0.2 percent, spending on goods dropped by 0.4 percent during the month. Spending on durable goods dropped by 0.1 percent, and spending on nondurable goods dropped by 0.6 percent. June is the second consecutive month in which consumers halted their spending. May’s revised figures show a decrease of 0.1 percent in Personal Consumption Expenditures according to the Bureau of Economic Analysis.
Link copied
Published
Aug 03, 2012
Coming Up See All
Dec
01
How to Qualify Foreign National Borrowers with Acra Lending’s Investor Cash-Flow Program
Webinar
1:00 PM ET
Dec
02
Certified Military Home Specialist Course - Basic Training
Webinar
11:00 AM PT / 2:00 PM ET
Dec
07
OriginatorTech
Virtual
•
11:00 AM ET
Get the Daily
Advertisement
Advertisement
Analysis and Data
Pending Home Sales Rise In October After September Dip